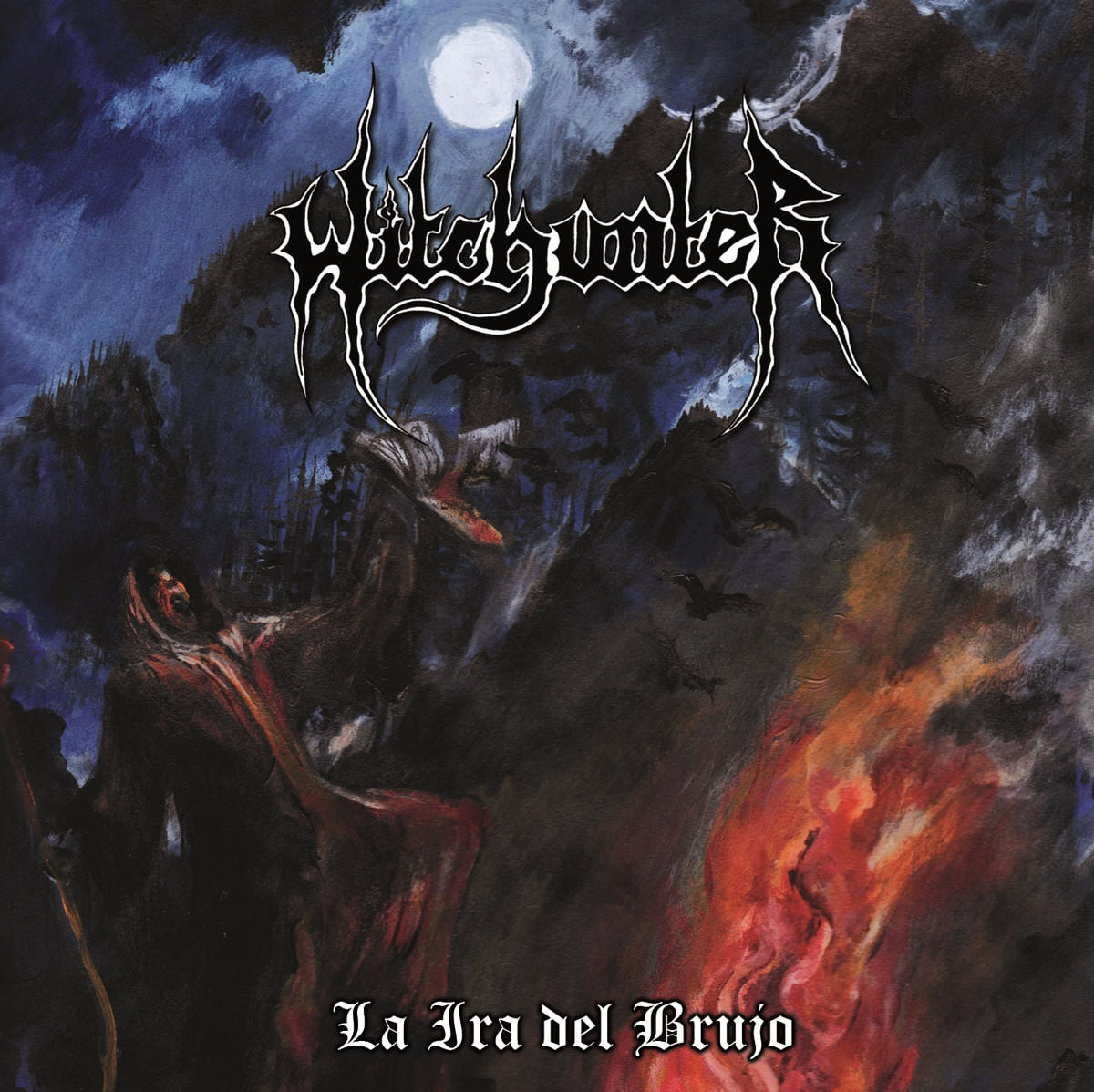 Witchunter is a heavy metal band from Puerto Montt,they contacted me and I always welcome bands that contact me and want some kind of exposure and only the ones that I think should be heard.

This has six tracks on it and I will say that I really put an ear to this because I want to get the full effect and this is sung in spanish just in case you want to know,but anyhow this opens with Ave Negra (Black Ave) this starts at a slow pace and the vocals come in and he carries this song in the beginning and you can hear that he has the pipes to sing this style,it takes a bit before the pace speeds up but it’s worth it as the song is well written telling a tale about warlocks as birds bringing the hell.Caleuche is about a ship of the black arts and just like the previous it starts slow but when that break comes in the song takes its course and I must say the guitar work on here is very good,Cazador de Brujos (Hunter of Warlocks) comes at you from the start as I’ve noticed up to now are these songs have some great tales behind them and the music just goes with it just right,there is some great playing on here as well that should appeal to any fan of old school metal.Jinetes de la Muerte (Deathriders) this up to now is the strongest track just due to the drive behind it all ripping leads almost through out it all,should please anybody into this genre. Witchunter the band’s title track has this Iron Maiden sounding riff at the beginning but then it takes it’s own form and there is a lead in here that really caught my ear that you will have to hear, another strong number,and we finish with Guerreros del Heavy Metal (Heavy Metal Warriors) and what would you expect with a title like that but a straightforward anthem with all those lyrics we love about Metal,Por Siempre Heavy Metal!(Heavy Metal Forever!), a great closer.

I will say that this being the band’s first official demo, it ain’t bad and they have what it takes as far as musicians also I can hear many old school singers in the vocals so you will have to hear which ones if you decide to get this from the band.only fault here is that the production didn’t do the band any justice it’s not bad for a demo but just shows me if they got a better production they would really stand out in front of the numerous bands doing this in the country.
You can contact the band here: witch.hunter.puertomontt@gmail.com or phone +56981287437

(Note*) In time of writing,the band is looking for a new vocalist.