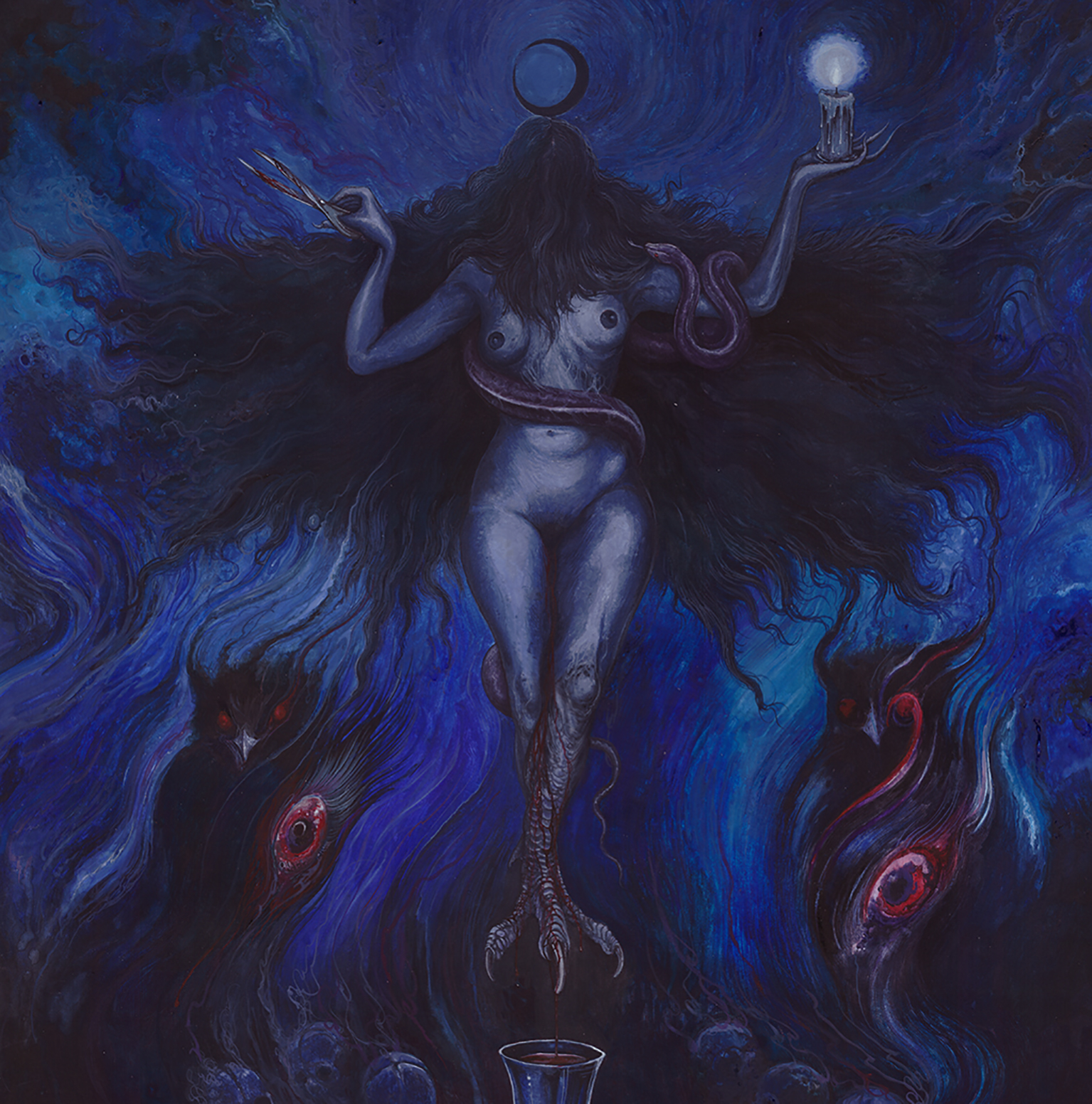 For those that don’t know this band is made up from members of Slaughtbbath and Bestial Mockery from Greece,it’s been about four years since their last effort,their basically black/death with the occult being their prime influence,they have made a big dent in the underground in the last few years.

First this is an EP and was hoping for a full release after all this time,but this will do for now,each side of the vinyl if you get that version has a name with the first side being,Side Shar-e-Khamosh and as the title,this revolves around the goddess,May Worlds Bleed for Her Honour, opens this off and as previous recordings they have an intro to set the mood and this breaks in with full throttle as the devilish yell of Hail to Thee Mother of Demons! spews out and it just crushes until it breaks down to a almost stop pace but this track has two sides to it as you read the lyrics the slow part is called Hells Evangelist and after this the blast beat appears again but calms down in the end,so this sets you in for a trip you could say.Mahavidya Cchinnamasta,opens up with a gong before you hear this acoustic guitar come in as well as this snake sounding sound,made me feel like I was in some kind of movie to be honest,but once the music actually starts we get this eerie feel to this track,very occultish sounding with demons coming at you from all directions and as the previous these songs have major breaks to really make you feel like it’s a tale being told,this is a very dark track.

Side Nirvikalpa,this side opens up with Ave Trivia Ekati,and we get this intro that makes you feel like you’re in hell no doubt and then the song breaks in just a pure rush of adrenaline,you really need to read the lyrics to this to really see what the whole concept is here,and this one stood out a bit more than the others for a apart the lead comes in,best track on here.Boszorkányság; A fekete assozny árnyÈka,ends this and it’s a interesting bunch of sounds that take you away,no music.on first listen I was kind of disappointed I thought we were getting four tracks here but only three.

Don’t know how people are going to take this,I don’t mind the concept behind the whole thing,it’s a step higher than their previous work and the only bad thing I heard is at times the snare drum sounds flat but other than that it’s a good recording,I know these guys have their main bands but I think one full length might of been better after the long wait.the whole package to this is worth the money for the art of Nekronikon,as I’m a fan of art I really liked the three different covers that come with this.