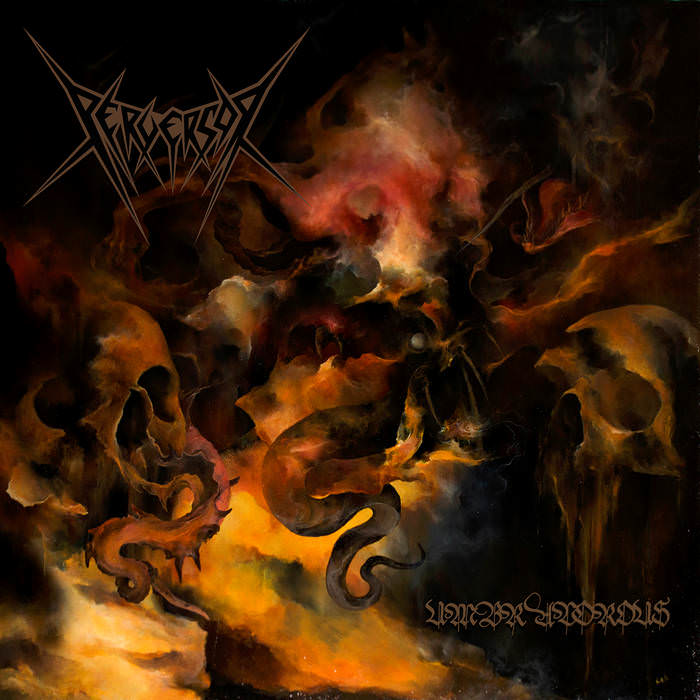 Perversor is back with their third full length and I was pretty much shocked when I heard of this release coming out from the flyer that was going around saying it was coming out soon but they put the digital version out just a few days later.

So this is what you would expect from these veterans of the scene,no fucking around here as they go at from the beginning with no mercy as Deadly Poison and Black Fire grabs you by the balls as soon as you hear it, one thing I noticed on here is that the production is excellent! and that was one of the things that bothered me from their last full length but here they have nailed it to perfection.

I won’t go into every track on here as they all stand out but tracks like Formidable Destino, Merchant Of Spirits and the closer D.M.T which is my personal favorite on here, just because it has this punishing sound to it that gets your blood flowing.

If your into Perversor you will love this even to new comers of the band this is a good release to get you into the band.The vinyl and cd version is coming out on Pulverised Records from what the band mentions but no date has been announced.