Invocation Spells must be easily one of the most prolific bands in the chilean underground in recent years. This is their fourth full length in merely five years, which is pretty remarkable considering that a lot of bands release a demo and then disappear for 5 years. Anyway, what matters to us is the music, and in this case it’s a good thing that quantity does not mean lack of quality.

What you will find here is some savage Black/Thrash Metal the way it’s supposed to be played, but Invocation Spells give their personal touch to the classic sound of the genre, with a lot of pace changes, and some nice little details, like the clean vocals in Spread Cruelty or the violin intro in Obscure and Evil. Coincidentally, those two are some of my favourite tracks on this album, alongside with Victims of Doom.

Sound-wise there is not much to complain about. The production is clean, but not plastic. The drums’ sound is powerful enough without drowning the rest of the instruments, the guitars have the right mixture of sharpness and rawness, the bass serves as almost a second guitar, but with it’s own personality, the vocals have the right dose of reverb. The only thing that I believe that the band should pay some more attention to are the lyrics. Some of them seem as a mix of verses with no real connection between each other, and of course, there’s the “broken-english” thing, but that doesn’t bother me that much (it’s basically a trademark in Metal since the beginning).

This album fits perfectly in the style of some other killer chilean bands like Miserycore, Infernal Slaughter, Perversor, Necromantic Forces, Attacker Bloody Axe, Invincible Force or Blasfemia (to name just a few). A must buy if you are into this style of savagery. 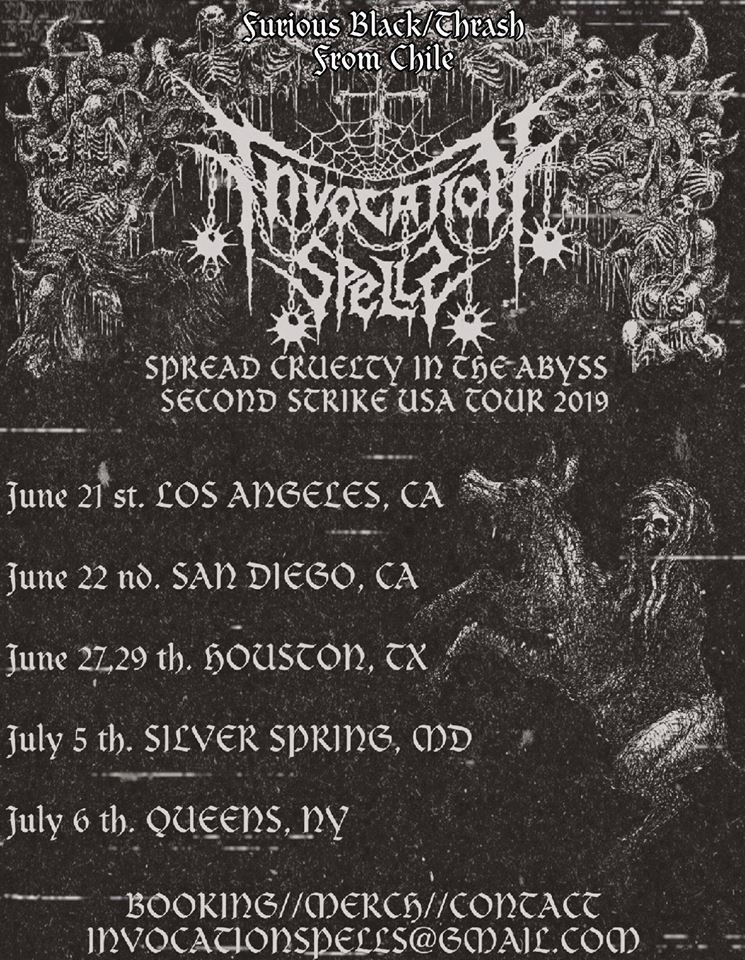 Second time around for the band make sure to catch them If you can.