A serious split from these two hordes of chaos, both consisting of speed metal with a little black as well.

Devil’s Poison opens this up and most the material they have on here consist of some of the singles they have put out lately and in good fashion, if you follow the band this is a worthy release and both bands swap covers of each other.

In Nomine, has a little more to add to the release as the band states this is the new direction they are taking, and it showed a bit on their last album but on these tracks, they really come out at you.

A great split as both bands show what they have to deliver, and Devil’s Poison have a new one coming out later this year so be prepared.

And we have the bands second full length and only the way the band can deliver its hard driving sound but there is more on here as there are many styles delivered on these tracks as the opener Paz suicida is a hard driving number that has a more traditional speed metal sound to it and a gripping lead that will grab you.

But it gets even heavier on the title track Hijos de la tempestad, here the band comes roaring out at full force and the message comes through just right and the bass on here really has a shine, this is one of the top tracks on here when it comes to drilling effect, and a more old school feel comes on Los confines del mundo and here the vocals really stand out and it basically how this whole album plays out lots of different tempos that I really like and some very deep lyrical content that kept this whole album interesting to my mind.

This is a superb release, if your a new or old fan of the band this should please you as it has a bit of everything on here and its a lengthy release at 51 min so there is plenty of good vibes on here ripping leads are played all over this opus, A great follow up to the last release and this has been spinning a lot on my player these days. 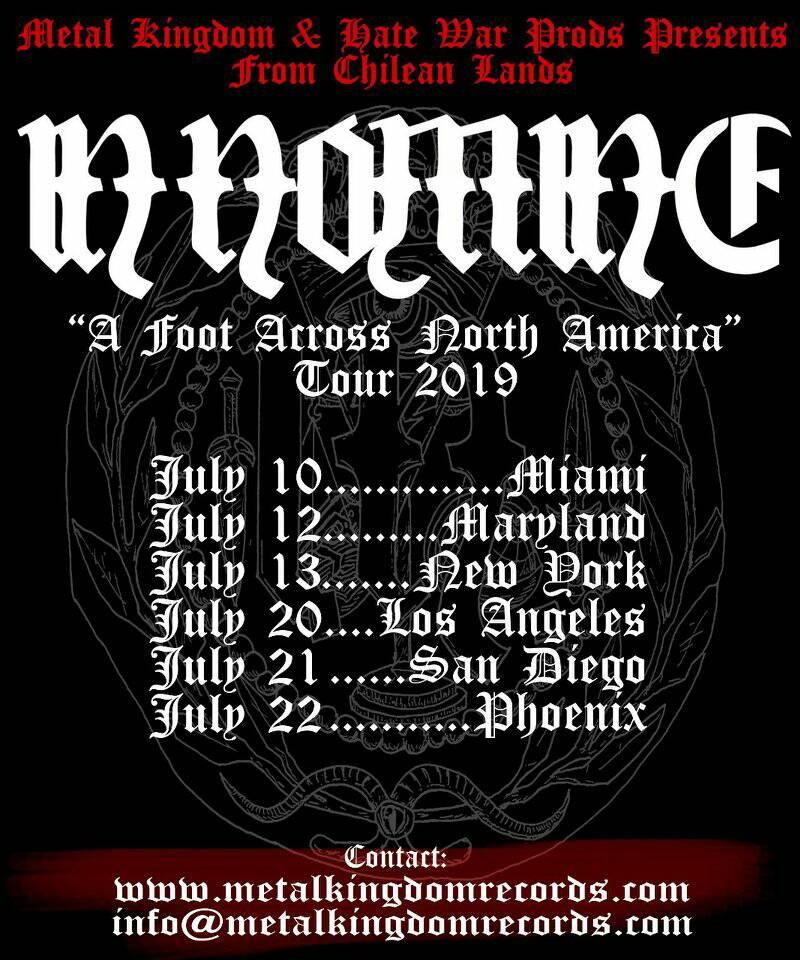 In Nomine bring their Speed/Black Metal to the states, more dates to be added according to the band’s facebook page.
I’ll be hitting this up no doubt this will be killer!