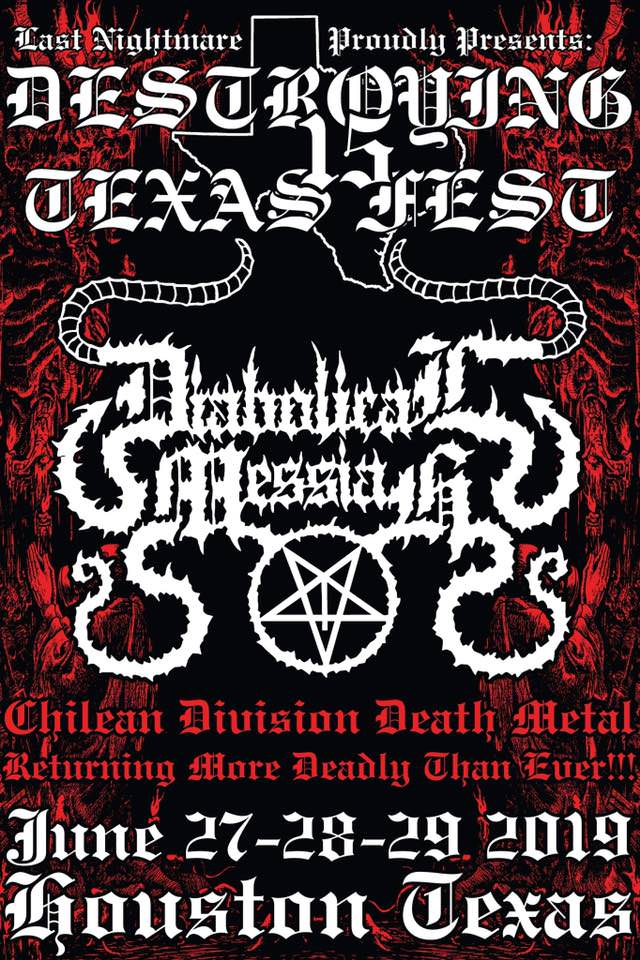 Diabolical Messiah has been confirmed to play this fest in the states next year other well known acts from around the world as Nocturnus AD (US), NunSlaughter (US), Goatpenis (BR), Unholier (MX) are confirmed and more will be added as this won’t be til next year.