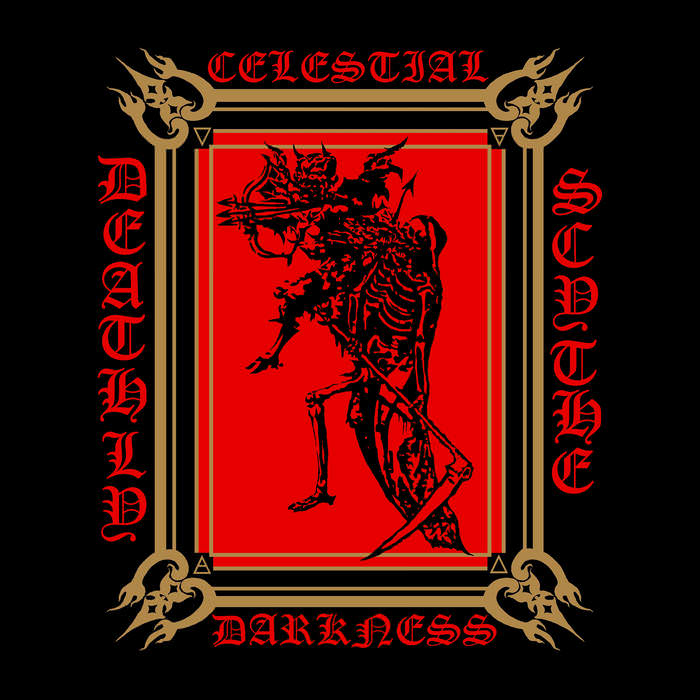 This death thrash band from Santiago has been around since 2007 and I remember that first demo they did and how some reacted to it but after that they vanished for quite awhile and a song here and there popped up but I wanted to hear more than so this EP pops up earlier this year and I read a lot of good things about it, was even surprised when they did a small European tour earlier this year with Ejecutor.

So we get six tracks on here and mostly old ones redone, a new one and a Samael cover and from the get go of The Opposites which is an old track but here it sounds better than ever and the sound of this band is your typical death thrash but these guys got this really shredding sound as it’s brutal but has these really great hooks to it, you really have to put an ear to it to hear all what’s going on, Evil Magick and Lucifers Manifestation, these two old ones really kill but LM really shines this track is my favorite on here lots of vibes going on throughout it, very powerful and deep.

Black Conquest is the only knew original track on here and it keeps up with the rest, very crunchy riffing in the beginning as it gets you ready for the bashing it’s gonna pound on you and it sure does even as it might slow down near the end it’s a brilliant composition that will leave you floored and the way it fades off reminded me of old school shit that I haven’t heard in awhile, the cover is next and is just a good instrumental doing the original good and it ends with Abysmal Kingdom of Stars which like the previous, many time changes and still brutal til the end.

I have to say that the guitar tone on here is what I really enjoyed the most, the production is raw but passable, I just hope they don’t take another 2 or 3 years to make something new as this release no doubt has put them on the map in the underground but will have to wait and see.