Here we have a new Death Metal band from Concepcion and this hasn’t been officially released yet as I got contacted by a friend and asked me if I would put this up on my channel, so I did and when I first heard it I figured it was some guy singing then I seen a video and was surprised a female was singing and playing bass.

This has six tracks of pure kick ass shit that runs about 20 min, and I had to listen to this a few times to really hear what was going on here and it got better with each listen as the band sounds like a veteran band instead of new, really tight with dueling leads and fast paced drumming all in good with really grotesque vocals to add to the punch, reminded me a bit of Suffocation at times.Sons of Bitch and Venganza are the two that stand out for me but this has something for everybody into death metal.

Not a bad release that should put the band on the scene once they get this out so will see as they have no social media page but I think one should be out soon once physical copies are available.

(some live footage from the bands channel) 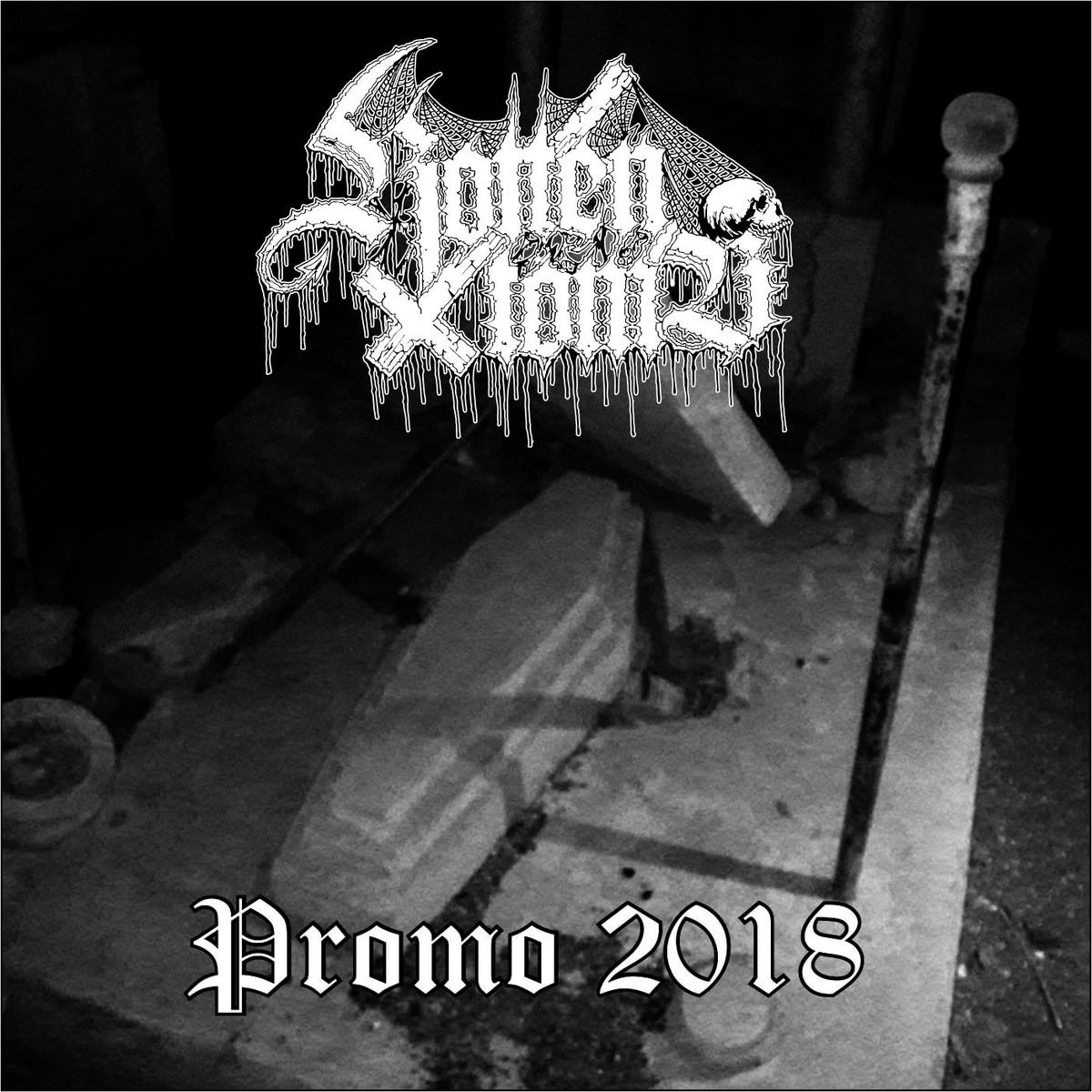 A couple of new live tracks from this excellent death metal band from Iquique, Tarapacá.

Human Paradox is a crushing number total deep sounding death with heavy deep down vocals full of aggression and various time changes as you get some fast parts as well thrown in to keep this interesting, not a bad number to ad to the discography of the band,Devourer Of Life is more on the up tempo on the start and is the better of the two on here by a bit in my opinion, you get this old swedish death metal vibe on here which is always a good thing in my book.

In closing not a bad little promo, the production is as good as it can get I just hope we get a full length from the band soon as it’s about time.

(flyer from the gig this was recorded at)

This has been out for awhile now since writing this and actually when I saw the tracks I remembered I have heard them before as they were on a promo tape the band released a while back so it was nothing really that new but for the rest of the world it was.

These two tracks are in the same crushing direction the band has been going, some pleasurable Black/Death Metal with that signature sound they have been unleashing since their start. Sense of Premonition (vocals,guitar) really stands out on both tracks and those demonic growls of his really bring more life to the music.

This is a good small fix for fans of the band, let’s just see what comes next. 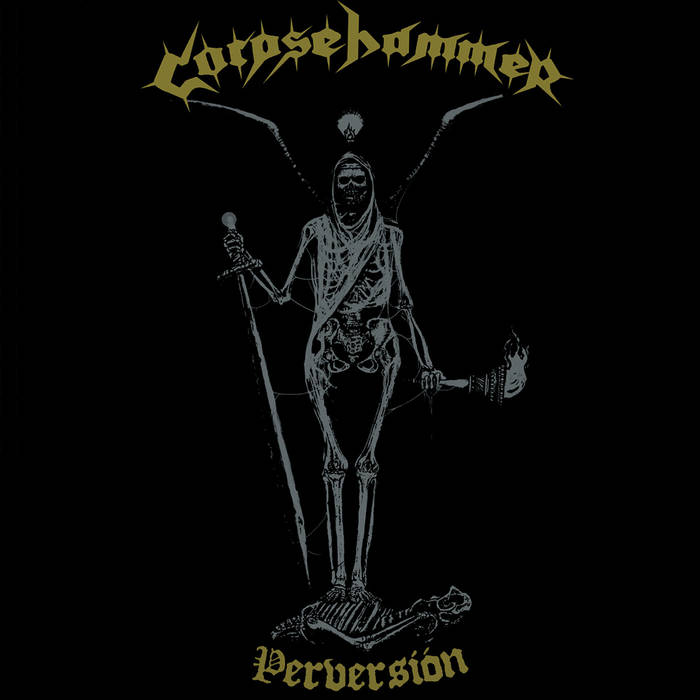 This trio is consist of a Chilean vocalist and two Swedes if I’m not mistaken but just like Temple Below I featured them on here because it’s some good Black/Death Metal, even the songs are sung in spanish/english.the band has two earlier EP’s and this latest one picks up were the last one left off.

Three tracks of hellish blasphemy in the old school vein no doubt, Reino / Sangre Del Diablo is a great starter as the opening spoken part breaks into the second part of the song and there you get what the band has to offer but the next track Rito & Magia is the one that got me best all forces at full speed and the vocals of Midnight Horror are really something else very powerful with that gut feeling to them, same goes on Sexo & Muerte which ends this as an outro takes us away.

I’m ready to hear a full lp from these guys, this is some good filthy shit worth checking out.

Here is a great soundboard gig by the band but there is a story behind this as the venue that does live feeds (FAQ Record) only let the first night of this happen as the promoter never paid the venue so they cancelled the next night which pissed everybody off I could imagine.

So I watched this live and it was a great night of Metal no doubt and I figured I would record the best sets the next day and takeout all the lame shit they throw in during band breaks. so I grabbed this first and when I went back the video was taken down and I sent this to the band and once they posted it one of the members of Funeralis contacted me asking if I had their set and unfortunately I had to tell him no, sucks because they were the next band I was going to get as they really impressed be with their live set.

One thing that I noticed watching this is the crowd and I figured this would of been packed but it wasn’t, I been to this venue and have seen it packed so it really made me wonder if there was some other gig happening that night as people tell me that this is what happens in Santiago offen and like other scenes people just don’t support the local bands, which truly is sad because this bill was something else.

Apocalyptic Prods. has built a reputation for signing unknown bands with great potential. So, everytime they announce a new release I tend to keep my eyes and ears open, because there’s a pretty good chance that it’s going to be something good. One of their latest interesting finds was Anuuruk, a four-headed Death Metal monster from Quilpué, and what we have here is their first full lenght entitled Unspeakable Uncreation.

Anuuruk plays a very straightforward type of Death Metal in the vein of Grave, Unleashed, Carnage or Autopsy to name a few of the bands that comes to mind when listening to Unspeakable Uncreation. Razor sharp guitars, machinegun-like drumming and the deep growls that sounds like emanations from the deepest abyss are the key elements that blend together to give birth to the ten blasphemous songs presented on this album.

As the title suggest, the lyrical themes of the songs are based on the concept of uncreation, forgotten gods from archaic cultures, the destruction of everything that is deemed as “sacred” and more. Nothing groundbreaking really, but what else could you want from a Death Metal record?

Do not expect any melodic passages, or atmospheric interludes or stuff like that, just some relentless and bludgeoning fast paced Death Metal. Anuuruk might not be the most original band of the bunch, but they do know what they are doing. Another good band to keep an eye on.

Among the shitload of “new” releases that I have been buying the last couple of months, here we have this young band from Concepción. After a demo, they released this EP, first on tape under the chilean label Machalía Records, and later on CD via Unspeakable Axe Records in the U.S.

Blood Oath plays straightforward Death Metal influenced mostly by old Autopsy, so you will hardly find any surprises here. But what this album lacks in originality, it compensates with well crafted songs that pay a good homage to old school Death Metal. There’s nothing pretentious here, they do not try to reinvent anything, this is just pure fucking Death Metal like it was done in the old days.

And also one of the things that I like about this, is that you can hear everything without any effort. The bass is very present and has some good moments on the spotlight (listen to Putrid Mind for example). The drums sound powerful enough without eating the rest of the instruments.

The guitar work is very solid, not brilliant by any means but it gets the job done with decent riffs and some good solos, like the final part of Morbid Lust. The vocals sound pretty standard to my ears, but fit the music perfectly. The lyrics deal with topics about horror, insanity and of course, death.

All in all, this a very solid debut for Blood Oath. I will definitelly keep an eye on them to see what they can come up with in the future, beacuse there is a lot of potential in this young band.

The Line Between by Blood Oath

Here’s another band that I have been anxiously waiting to release new material ever since I heard their debut EP Sorcery of the Damned back in 2014. Oraculum hails from Rancagua, and features 2 members of the barbaric Black/Death Metal act known as Wrathprayer, but here they are devoted to spread pure Death Metal madness with a raw and dirty edge. Invictus Productions from Ireland took the band under it’s wing from the start and now brings us this new piece of chilean barbarity.

Now, speaking about the songs, It seems to me that the songwriting is different, like if they are taking a more direct approach than what we were able to notice in Sorcery of the Damned, where the songs seemed more “logically constructed”, and the whole record had a more unified atmosphere, while now both songs are much more direct and aggressive from the start. Lex Talionis has a faster pace, more frantic and messy, while Semper Excelcius is more heavy and crushing.

Soundwise, the overall production seems to be a little bit more polished than the previous work. It’s not an abysmal change, and it won’t threw you off, but you’ll notice an improvement in the sound quality, resulting in a more powerful sound, even if it’s still dark, raw and dirty.

But there is something that I must complain about. This EP is way too short. I mean, only two songs plus the intro and a cover (a masterfully executed version of Sphinx from Germany’s Poison), which results in basically like 10 minutes of new music makes it a little dissapointing to me. But aside from that, it’s a very good release, which leaves you craving for more. I just hope that we don’t have to wait for another three years to have a new Oraculum album on the streets.