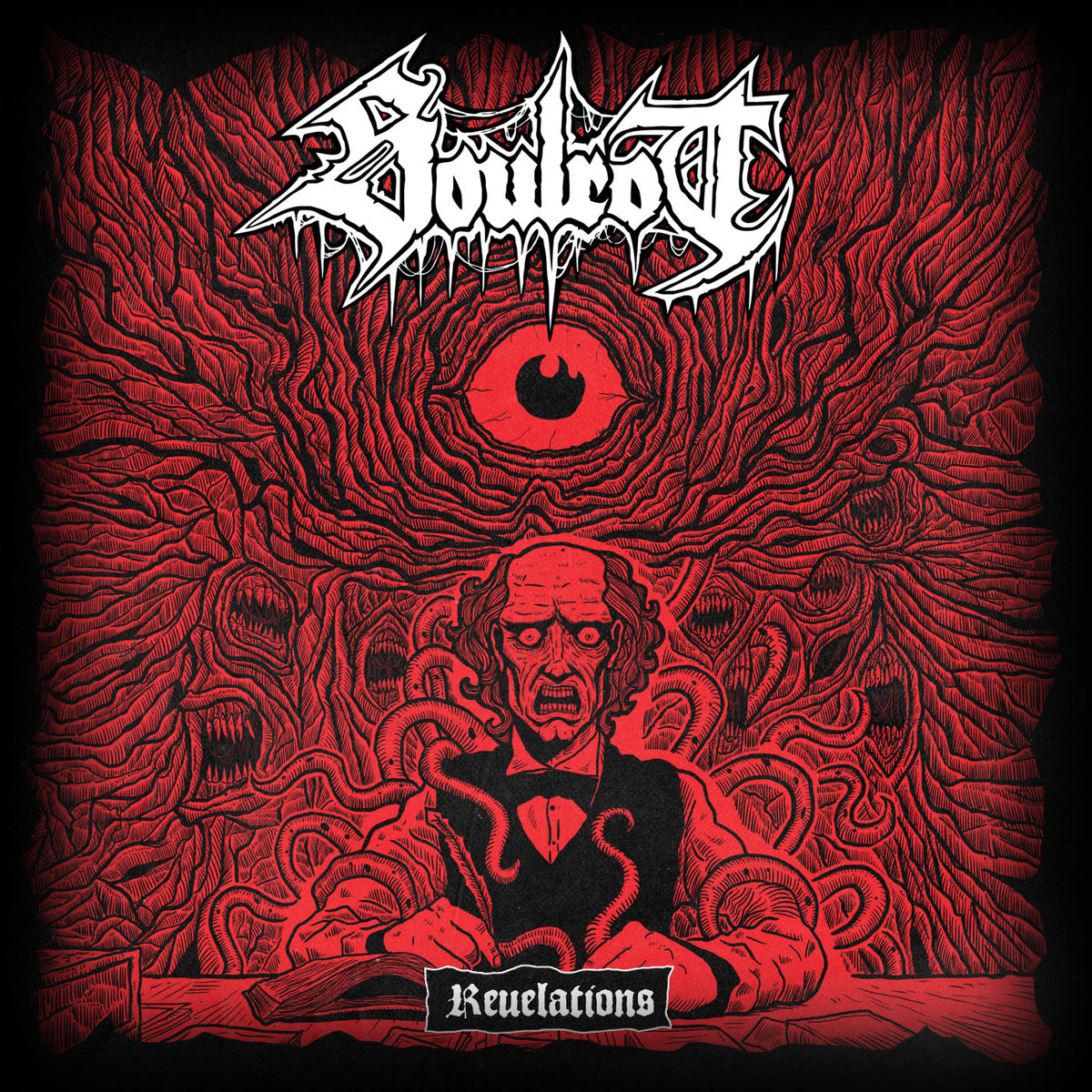 Soulrot are a three piece death metal band and this is their first EP which consist of five tracks two studio and three live plus two instrumentals.

The Statement of Randolph Carter is an instrumental that opens this up but it has nothing to do with death metal but that’s what it’s labeled but then it goes into Ectoplasmic Revelation which I will say this is pure death metal that has a great old school feeling as many greats from the past are oozing out all over it and the band adds keyboards that might turn some of you off but they don’t really drown out what is going on throughout the song so no worries at all and the vocals are straight out of hell as well.Evolutive Slaves,of the two studio tracks this one has more of an edge to it,more right in your face you could say and it just grabbed me quicker,good stuff.Psychophonic Symphony is another instrumental that closes the studio part of this EP.Bloodfed Deity… Blackstone,starts these live tracks and on here the band sounds totally different just as Horrors From Beyond does and the live version of Ectoplasmic Revelation are totally killer,this proves bands are better live than studio sometimes but not that they were any weaker or anything it’s just the feeling I guess,I will say these live recordings are kind of raw when it comes to the sound but they are still worthy of showing off what the band has to offer.

And this left me wondering and wanting to hear more as it’s very interesting on what they deliver to the genre,if you’re into old school death metal I would highly recommend this to you.