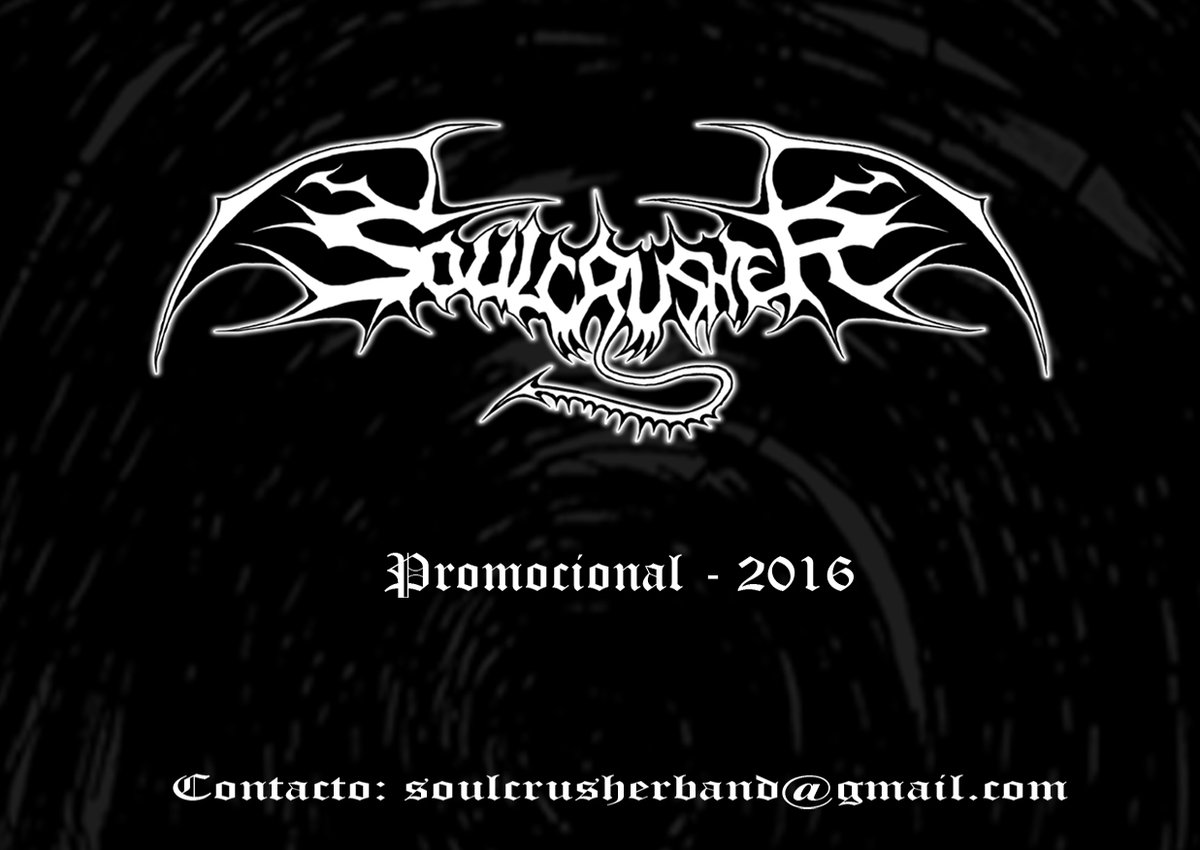 Soulcrusher is a new black/thrash band from San José De La Mariquina, Chile,I was contacted by the band to checkout their material,as not much is known about the band,this isn’t their first release as they have a demo as well but this is their most recent recording.

This only has two tracks and It starts with Intro – Death rides tonight,I like the intro to this track then we hear some evil words being spewed out before this takes off and what we get is a pretty good driving track that kept me interested with some killer leads thrown in, this made this a solid number showing the band has what it takes,Infernal War,of the two tracks this is the more aggressive of the two straight in your face from the start and what would you expect from the title,and the line Everybody’s gonna die!! comes in loud and clear and the song carries well to the end.

For a young band this is quite an impressive release and we should hear more from them in the future,I’m hoping,they just played their first concert a few weeks ago from the time of this writing so this is a fresh band that’s out to make a name for themselves,so support the underground,you can download both their tracks for free at their bandcamp page.