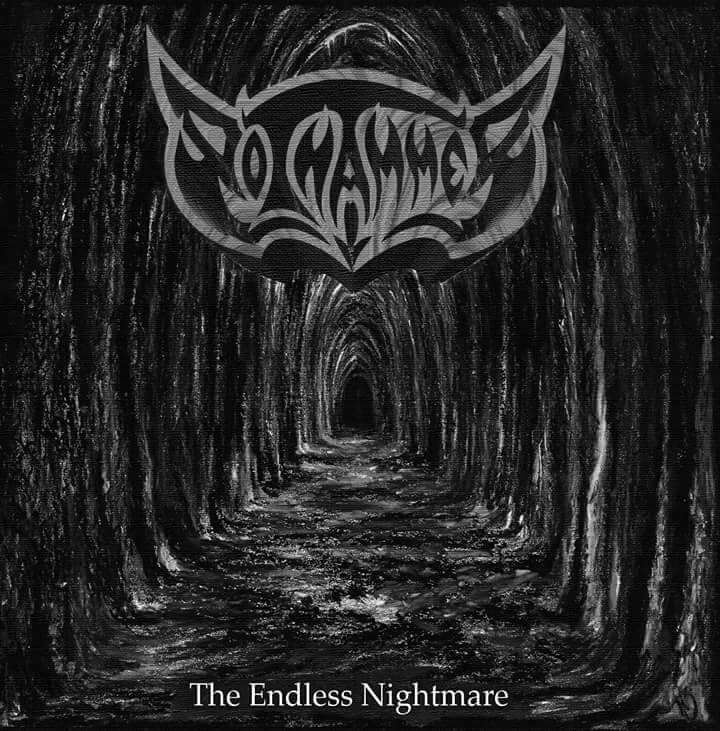 RothammeR is one of these new thrash bands that have been popping up on the scene lately,this is their 4 track debut demo.

Wrath of Darkness,opens this up and from the beginning this sounds pretty good but the vocals are something that the listener will have to decide for themselves,too me they have a old school s.american style,the musicianship on here is excellent! Cast to Ashes is up next and in the same vein as the previous,one thing I will mention that they have breaks in their songs,so if you’re expecting all out assault you won’t find it here but the arrangement of their songs is very well done and the leads are superb.Seeking Blood,has this very short guitar intro and then gets heavier and even with a short break this is my favorite track on here that really had me going but it ended to quick and left me wanting more,the title track The Endless Nightmare also starts out with a guitar part before bursting out and it’s a driver for sure and the bass line near the end sets up for a strong finish as we get some killer guitar leads to finish this up.

I will say that this band has what it takes,they have a different sound compared to others,but one thing about this recording is that sometimes you might hear the drums drown out the rest of the band but it’s not constant so maybe on the next release they can polish this up.

The band has this as a free download and it’s a good one at 320kps with full cover scans plus lyrics you can get it here.