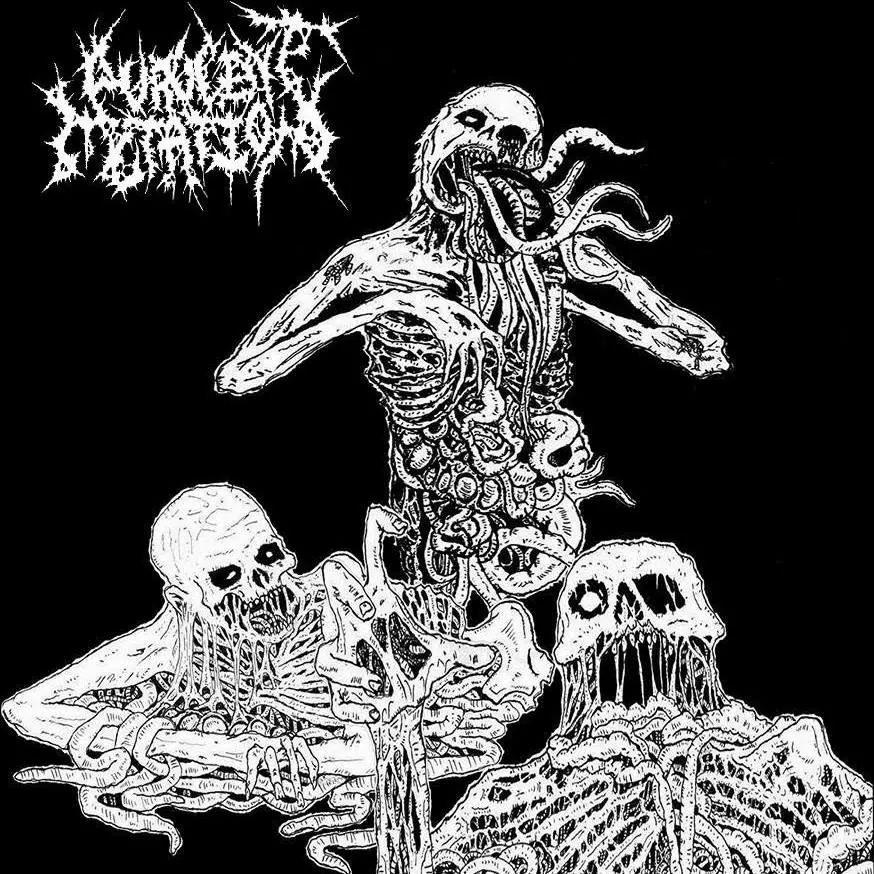 These guys are a new Death Metal band that just released their first material as an EP,they basically focus on 90’s style, 4 tracks on here that show promise as we start with Violada Despues de la Muerte (Raped after Death) The sound of old school Death Metal is there especially when Francisco Correa breaks in with the vocals so a good start.Mutacion Purulenta the title track this starts out slow and makes you wonder where there going and speeds up a bit half way through but then slowed down again which made me lose interest,next up Fetiche de Carne (Meat Fetish) probably my favorite track on here because it shows what this band can do if they put their mind into it.Alimento para Gusanos (Food for Worms) the closer just another basic Death Metal song that really doesn’t bring much,what this is majorly missing is leads there are none on this whole opus and the production could of been better as well as sometimes the vocals get drowned out,you can listen below and buy it directly from the band at their Bandcamp page.