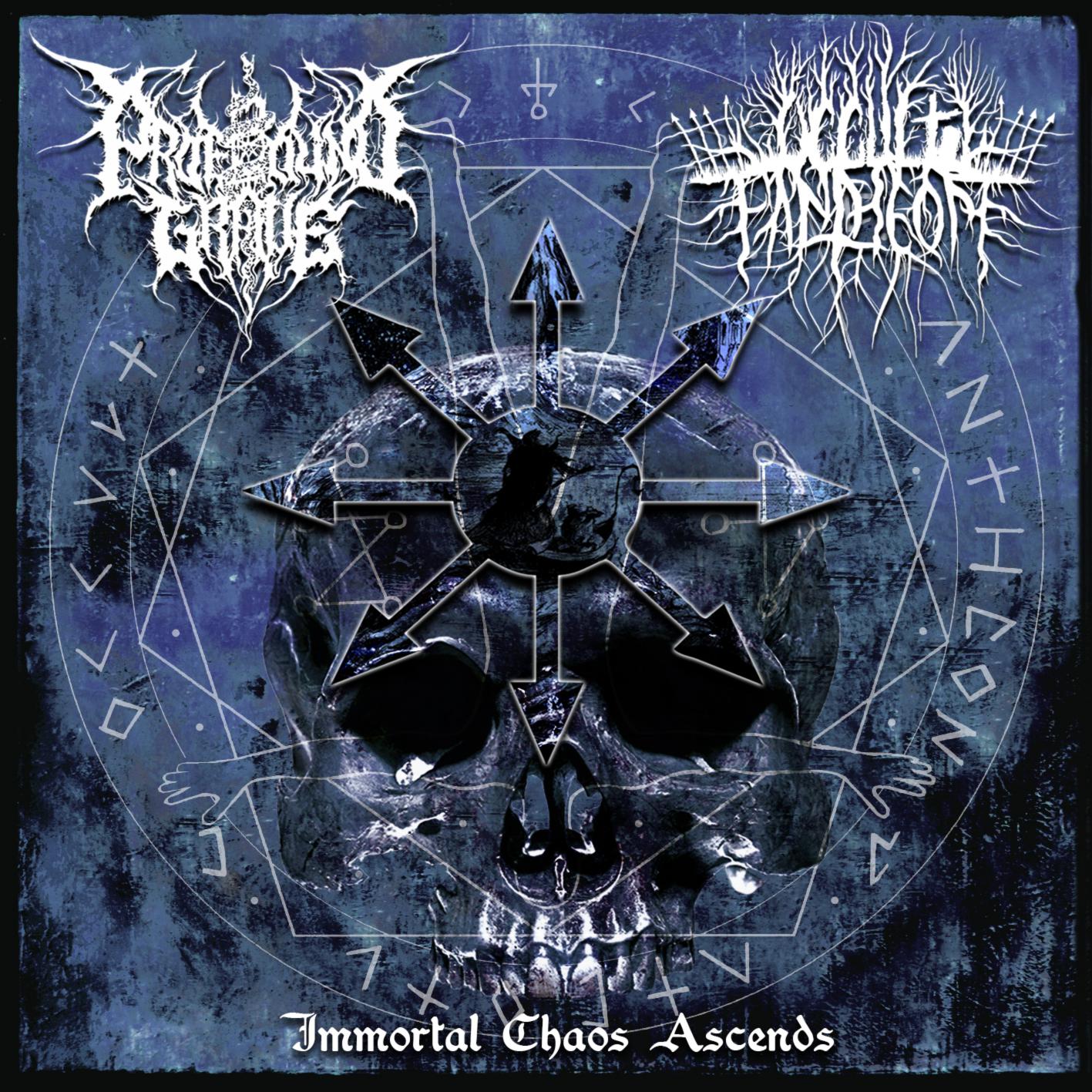 Here we have two bands Profound Grave (Black Metal) and Occult Pantheon (Death Metal) and this actually being both bands demos being pressed on this split.

This opens up with a interesting Intro by Profound Grave and as soon as it’s over we get right to it as Black Bread for a Black Season comes out at full force and never hearing this band before they caught my ear early as they play this aggressive right to the point metal,I will say the production on here is rough but it’s good for what it is,vocals are sick just like they should be and some breaks are thrown in to make this a very interesting opener that kept me interested.Derange Temple Manifestation, is more toned down than the first but it has it’s own life to it as to me it has this eerie feeling to it in the beginning then there is a bass part that comes in and after that it storms into a rage that really put more depth into the whole track,Universal Cadaver Of Yahweh is actually the last track on here by the band before the Outro but this starts out with an air raid sound before it goes into total chaos and one thing that you will hear throughout this and the whole demo is that the drums are being bashed to hell and here for some reason they really stand out,so this is some killer black metal the Chilean way. 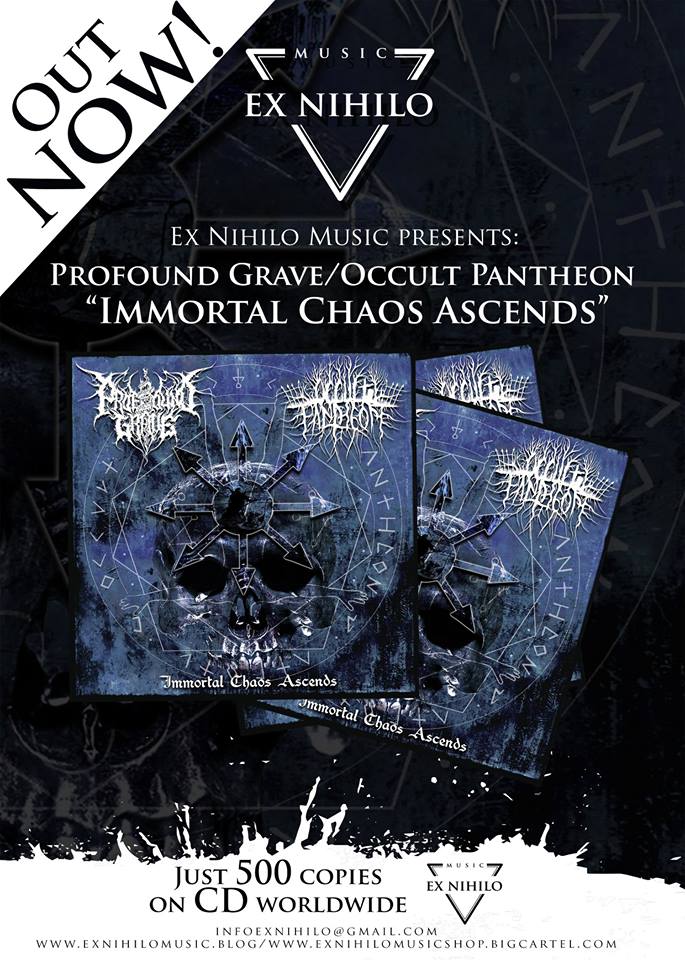 Alright onto the Occult Pantheon side and this opens up with Traveling Through The Arcane XIII,which is a very long intro that the band wants the listener to get ready for what’s about to come and the opener I´ve Arrived to the Charon Port (Omega) is a filthy sick track that starts out with a heavy dark riff and then proceeds to get heavier as then the band rips into it and has that old school death metal vibe to it,some very heavy damage being done here and it’s quite a long number so there is plenty of killer shit going on here,the vocals are your typical deep sick death metal vocals but for some reason they sound drowned out a bit but like I said before this is demo quality so it’s expected,a good opener though. Sailing Through the Sea of Realities,is a spoken number with a horror movie feel to it so you been told.(Alpha) To the End of the Beginning gets us back into the music and this is another strong number as it comes right at you before breaking down into a more heavy doom sounding vibe as most death metal bands do but one thing on here is the vocals as they are mixed so you get like two guys singing in different tones in some parts which adds to the flavor but I might be wrong and this is just one vocal you make up your mind but this track really smokes as it’s another long one so there is plenty to enjoy on here as well.Across The Portal closes this out and was kind of bummed out this is just an outro to the whole thing.

This is a good release that could’ve been better if the Occult Pantheon part was more music than filler,I know bands like to get that ritual feeling across but this was a little over the top for me but what they offer on those two tracks gives me hope they will come back even stronger as well as Profound Grave both are good bands that should fill anybody into the underground.

A cheer! goes out to Ex Nihilo Music for getting this out as their first release and hopefully more to come.