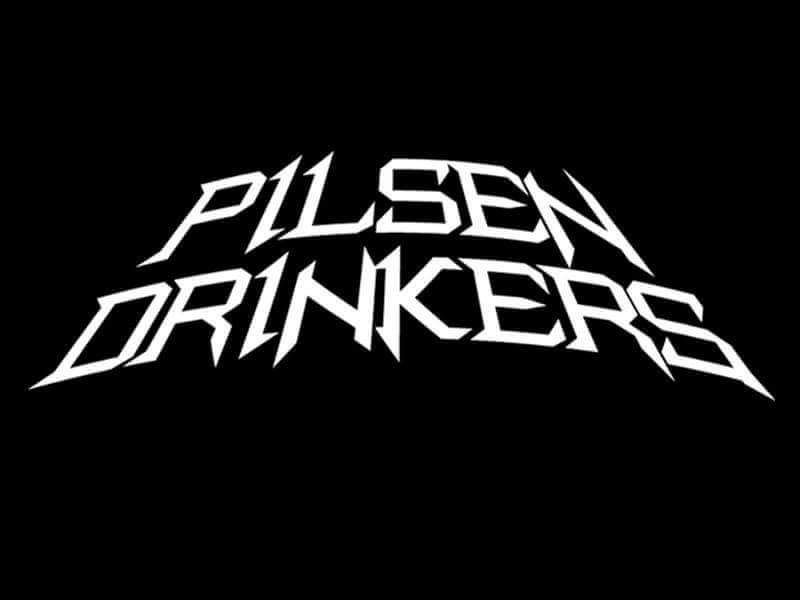 Pilsen Drinkers is a thrash band that’s been around for a few years now,I recently got contacted by Rod (drums) and I wanted to know what’s going on with the band. 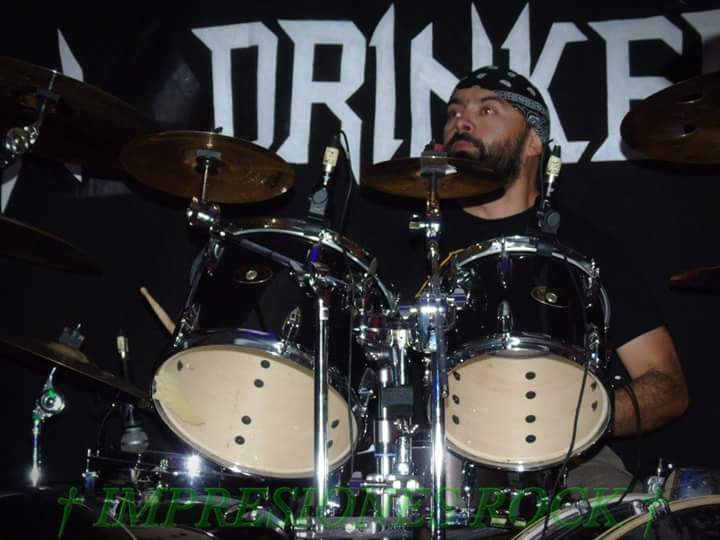 1.ECM-You’re one of the original members,let’s start out and tell people who are unfamiliar with the band what its all about.

Rod – Hello friends, I introduce myself, my name is Rodrigo, founder drummer since 2004 with vocalist Diego of our band Pilsen Drinkers, we been making music for more than 10 years now, we released a demo in 2007 called “Controlled by Hatred “ and in 2016 we will launch our first EP titled ” Join the Brotherhood “ released by the National label Australis Records.

2.ECM-What or who are your influences that got you into the metal from the beginning?

Rod – The influences of Pilsen Drinkers are thrash metal and all its expression, there is no special band, we just have metal in our blood and we do what we like, playing thrash metal and drink beer. 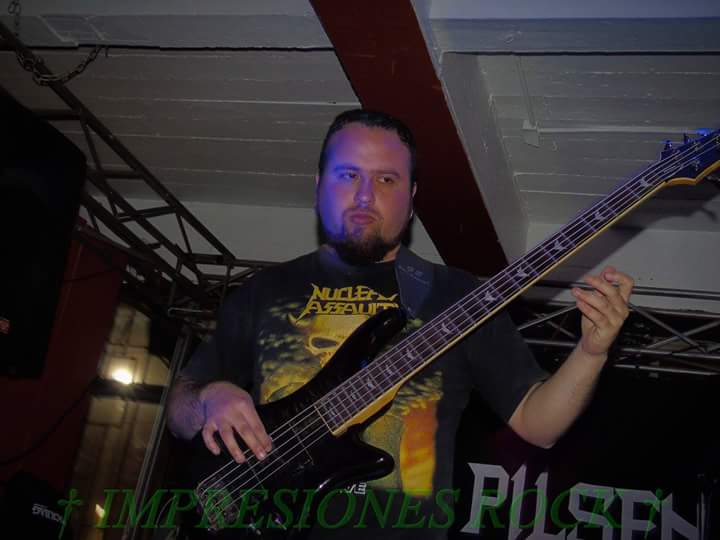 3.ECM-So tell me the story behind the name of the band Pilsen Drinkers?

Rod – Pilsen Drinkers was born in 2004 with Diego on vocals and guitar, Rodrigo Drums, guitar and Figue Remato on bass. At first we got together to play songs of our favorite bands, Exodus, Testament, Metallica, Slayer, etc, and in turn drank a lot of beer at rehearsals, that is where the name and concept of Pilsen Drinkers was born.

4.ECM-I know you didn’t play on the EP “Controlled by Hatred” if you did correct me, but why did the band get kind of quiet after that?

Rod – My departure from the band was due to an academic subject in which I was finishing my studies, and where I had to retire selling my drums, so I could not continue with the band or less record the songs we had created.
After a while the band already had another integral and recorded smoothly.
The band after having the demo “Controlled by Hatred”, suffered a great emotional blow, by losing Rodrigo Juica, bassist at the time, he died of a stroke (vascular brain), at that point that detained the band without knowing what would happen in the future.
Then in October 2010 I reunited with Diego to remember the old songs, then we recruited many musicians who passed through the band so far, the new members are Amador on guitar and vocals, and Michael on bass. 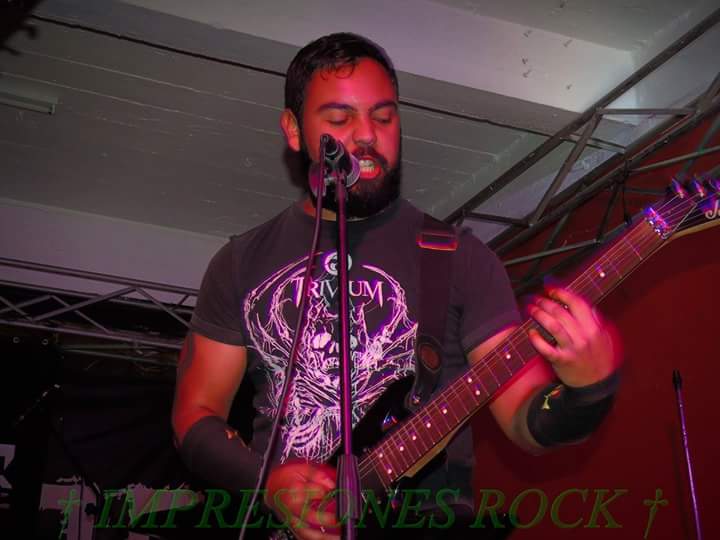 5.ECM-Don’t know if you where in the band at the time but I read that the band had it’s equipment stolen, did you ever find out who stole it?

Rod – The theft of the instruments was a disaster, at that time I was no longer participating in the band, but what happened was at the launch of the demo, they left the car parked outside the premises, instruments and copies of the records, on his return They opened the car and realized what happened, an unfortunate experience which I never heard from those responsible, a pity.

6.ECM-We’ll let’s get on to whats going on now, I see you have a new album coming out in Australis Records, that’s a very good label because they have a worldwide distribution, how did that come about?

Rod – After creating the new songs and redoing ones that weren’t unfinished, the idea to do work independently, there are 9 tracks that were recorded in the cultural center palace of the city of Coquimbo, once finished we have contact with Australis Records, who accepts us for their label because they liked the themes and recording quality as they were recorded in a professional studio. We also have the art complete, so we’re just waiting for departure to organize the launch, initially the album would come out in March this year but was delayed by problems with the cover, as our illustrator suffered a problem that is already solved.

7.ECM-I noticed that the two new songs are in English, we can expect more on the new album? and what is the story behind the title “Join The Brotherhood”?

Rod – Of course, there are songs in English and Spanish, in English are:
Join the Brotherhood
Digital Human Control
Slaughter by Order
Pyrokinesis
One last time
… And in Spanish they are:
Perros de Batalla
Asesinato en el Pit
Un Destino bajo Tierra.
There is another in English but is an instrumental called “Prophets of Chaos”.
Join the brotherhood is very clear, it is an invitation to join the Brotherhood of metal, to enjoy the thrash metal and mosh and stage diving that both characterize and also an invitation to listen to the rebirth of the band Pilsen Drinkers who have much to deliver on stage, and have a good time with your head banging and drinking lots of beer. 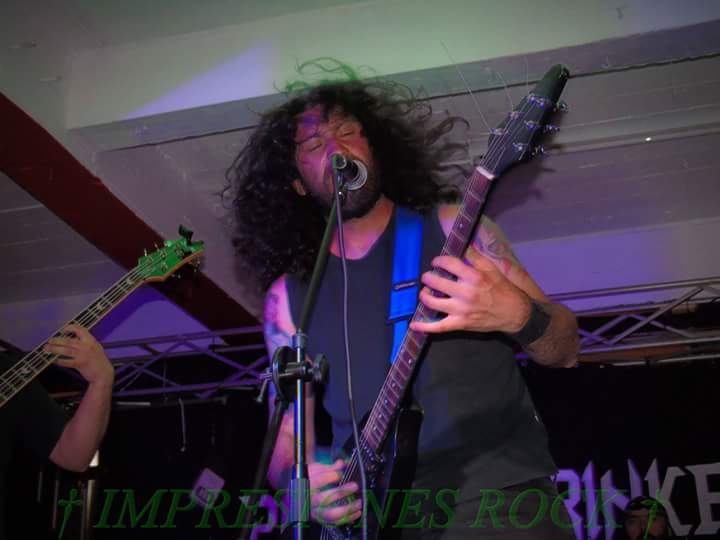 8.ECM-So after the album comes out, what are the plans of the band are?

Rod – The plans are simple, distribute the album to all those who like metal and thrash metal in general, tour all the cities and show what this band is made of, and if possible go out and play outside Chile, hopefully if given the opportunity, but going slowly, first Chile and it’s cities.

9.ECM-Since you guys are veterans on the scene, what do you think of these new young bands in the thrash movement coming out of there?

Rod – So far there is little movement of thrash bands, new bands are always coming out but different styles, just hope they are consistent in their work and payoff, but there are many new bands excellent in other styles, to my taste Arson, Revealer, Black Light Bringer , Hura crepitans, etc.

10.ECM-Ok let’s end this here, thanks for your time Rod and I wait for the new album, do you have any last comments for the rest of the world?

Rod – Very grateful for the space given by Extreme Chilean Metal and tell the thrashers of Chile and the world “gather thirst Drinkers Pilsen is back now.”
If you want to contact the band for gigs or discs can do so at the bottom +56995365152 (wasapp) or send an internal message to the Facebook site of the band.
you can also listen at our Soundcloud
You can download the demo for free.
Greetings to all and thanks for the space, I say goodbye again.
Cheers!