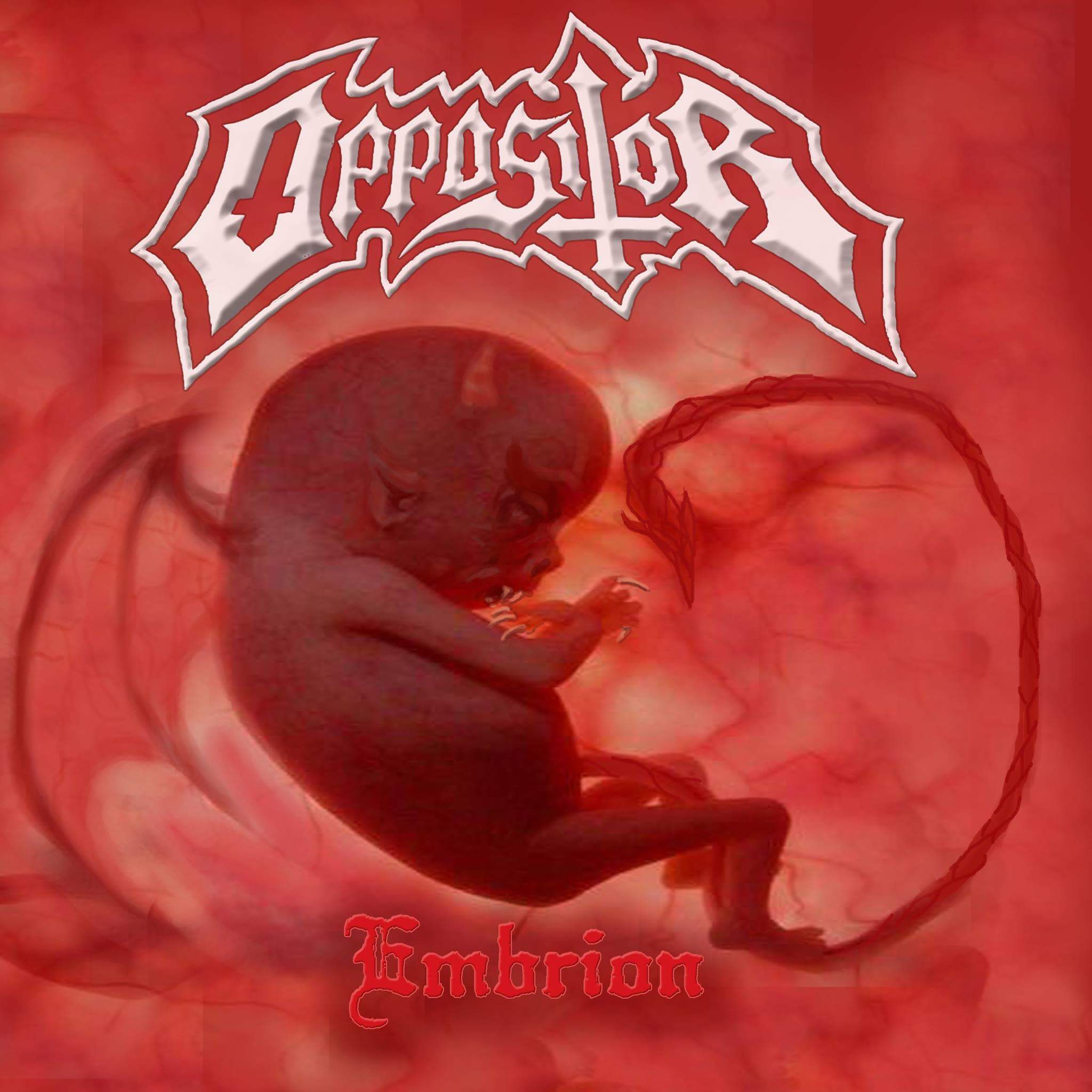 Here is a new death/thrash band from Santiago,this is their first release a six track EP.

The title track Embrion (Embryo) opens this up and oh man I love how this builds up in the beginning then it just goes into a brutal assault with a minor break, before this lead comes in and just blew me away and the vocals are perfect sick dirty,a great opener.Tombs of Greed, I will say this,that there are english and spanish tracks on here,this being the first of the english titled ones,and it’s a good one as it has a crunchy riff that kept me interested, sometimes I heard a Criminal influence on this one,good stuff!Muerto en Vida (Living Dead),another strong track that pounds out the goods and the break really killed,then a lead that’s thrown in before it comes back and finishes strong.Bajo Amenaza (Under Threat),the vocals on here are what made this one for me total anti god shit here and the ripping leads really added fuel to this one with a cool ending.Disease of God was recorded at a different session and you can tell by the production and it sucks because this is another killer track,maybe they will re-record it for another release,Camino al Infierno (Road to Hell),what’s cool about this track is the two vocals on here and how they mix as well as the pace of the whole song goes just like the title says and the final line (Satan es mi Dios)(Satan is my God) closes this out.

This is a killer release for this young band and I’m glad I found them and expect more in the future,the production is good except that one track but it doesn’t matter.the band is giving this away to download and it’s all high quality,you can get it here.also they put the whole thing up on youtube.