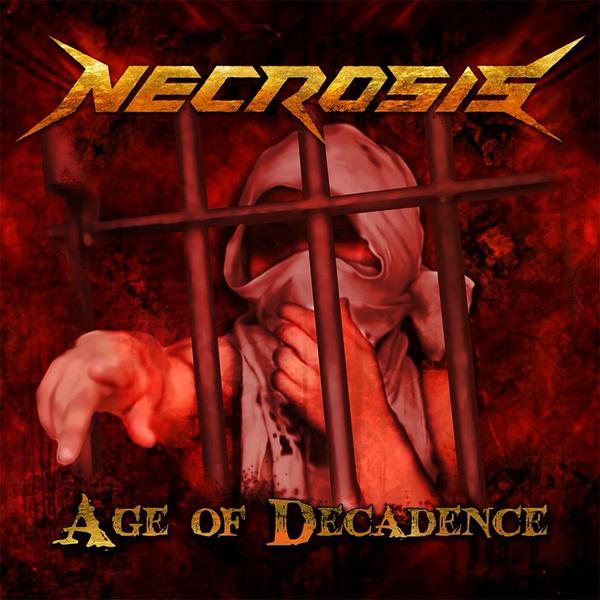 Necrosis is one of the pioneer bands from Chile and “The Search” is a classic album every thrasher should own but let’s get with the times,I’ll be honest, I have given their other albums a listen and sadly they never did anything for me.so I approached this with an open mind and I hear they have a new vocalist on this one so lets see.

So this starts with Desolation Land a nice small instrumental and then End Awareness which is really a grabber from the start and the first time I hear Jorge Jones (vocals) this reminded me of the first time I heard Søren Nico Adamsen doing vocals for Artillery,but it’s a great tune to start this off,one thing I will say this ain’t the thrash most of these younger acts are doing these days and Crush like Rats is a good example as it’s heavy but not at 100 m.p.h even Insolence has the same edge but the way these songs were written is something I ain’t complaining about but much like.Furia is the only track that’s sung in spanish and musically the weakest track but a great message behind the song.The Ovalo Prison this the track they did their promo for,it’s a descent tune but there are better tracks on here they could of done a video for.Price of the Soul love the guitar that opens this one up,but this one has an up and down feel to it,I think most thrashers would get into this.Unfair Justice another mid pace starter that builds up as it goes along and what the song is about makes it stand out for me.My Own Funeral one of my favorite’s on here on all levels,like how the final line is “Of My Fears” as a reminder of the past for those who know.

This is a good album compared to their previous releases by a big margin,some solid tunes on here and a great production as well,I’d say Necrosis is back with this.