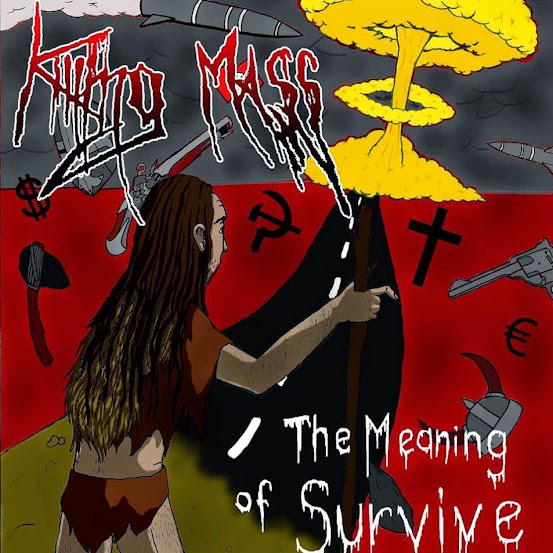 Been meaning to review this demo for awhile now,Killing Mass are a Death/Thrash band,but this demo took me awhile to actually grab me not like the their 2014 Four Ways to Destroy Demo
which got me into this band and impressed me so I was very much looking forward to this.So Destino opens this up and I was kinda wondering if they were fucking around with this duel guitar intro which kinda sounds off key but as soon as this passes we go to what this band brings all out assault,of all the songs on here this is the one that took time to get used to. Revindication starts out with a slow intro but again the ripping commences and this one is sung in English and you can tell,but this track has some flow to it but it will grab you after a few listens.The Symbol of Terror is my favorite track on here,straight forward with ripping leads like I love and a break that reminded me of old Necrosis when the bass breaks in.The Destruction the final track and this is kinda weird due to this break at the end that has a more straight thrash sound but ends quick as the leads come in and we gat back to what it’s all about,as a added bonus they put an instrumental version of SOT which is titled Pista (The Symbol of Terror).

These guys are young so they will get better with time and hopefully a full length is in the near future because they got what it takes,checkout their Soundcloud page they have their previous demo on there as well.

Some live footage from a recent gig.