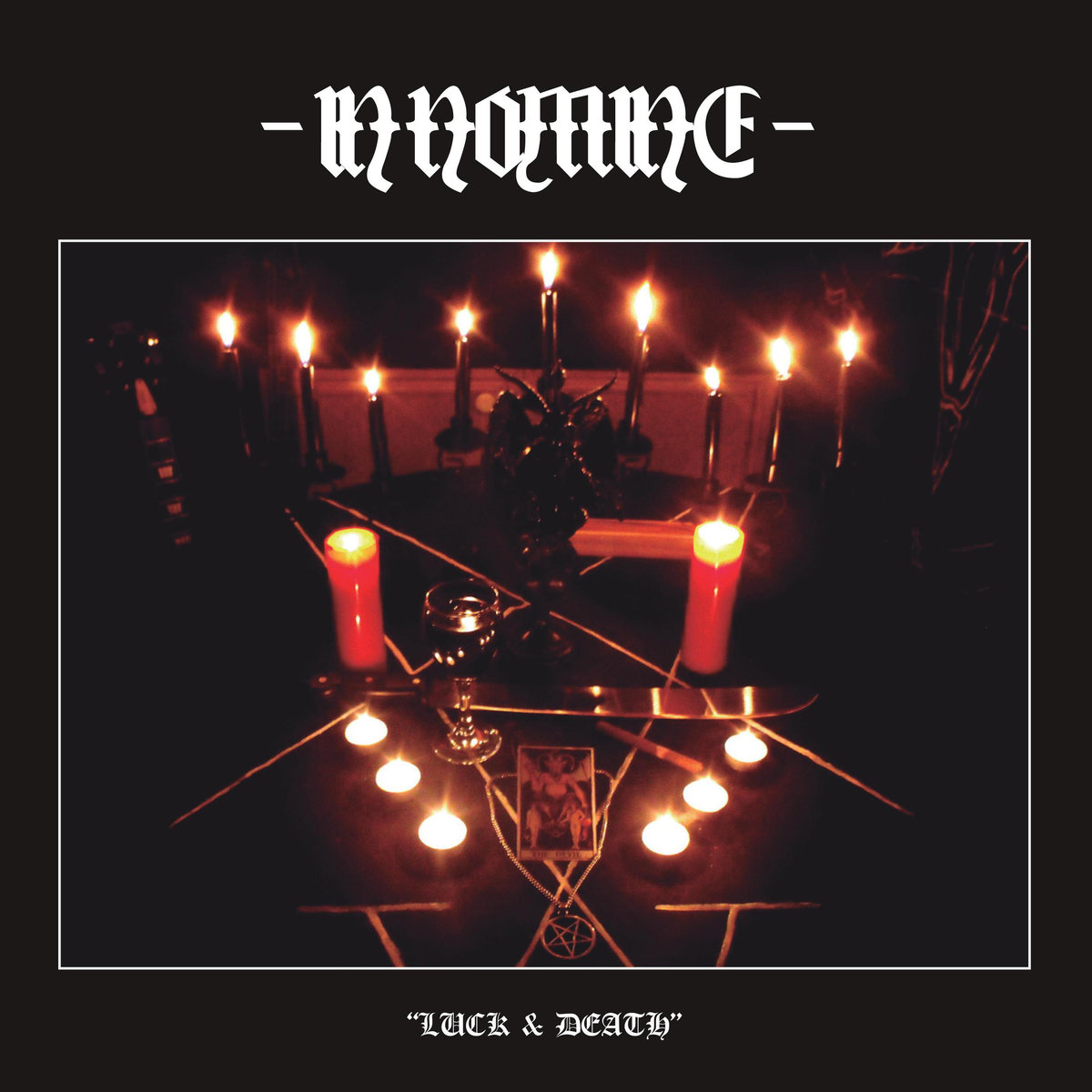 In Nomine play black/speed metal,this was actually released last year but this is the english version that was released this year with special guest added Thrash (Black Beast,Ejecutor) and Cony Bitch (Evil Bitch) which they are on the spanish version as well from when I compared the two.

This a an EP with five tracks and an intro (Ladies and Gentleman,In Nomine!) and The Devil, comes in and this is some dirty speed metal without a doubt but I will tell you right now there is a lot of spoken singing on here that might turn some of you off but the music is killer the opening riff on here has a real old school feel to it.Engine of War is a seven minute track that has it’s moments,this one isn’t as fast as the previous and this is the track Thrash is on and you can hear him quite well in the chorus but this track might be to long for most but I still liked it after a few spins it grabbed me.The Renegade gets the mood flowing again as it has a really strange vibe to it and has some killer ripping on here which stands out really well and kept me interested and it keeps up with Crushing the Paradigm which up to this point is the most driving track as you can hear the drums going off throughout the whole thing which leads to the closer Wild Beast which features a spoken part by Cony Bitch which fits in well and this is my favorite track on here because it pounds like crazy in every aspect especially the part she comes in and the solo after that really took this one to the top.

So this ritual has it’s highs and lows and I say ritual because throughout the whole thing you hear In Nomine! after each song,and this might not be for everybody as I said the vocals are not the catchiest in the book but that’s what separates the band from the rest and the production on here is better than the spanish version from what I heard,I only gave this a 7/10 because the lyrics on here unfortunately threw me off sometimes I didn’t know what the hell was going on and it just took away the feeling the other version gave me,only thing I can say is if this was directed on getting a international audience,I’m sorry but it won’t work if you don’t put more focus on the lyrics in english.