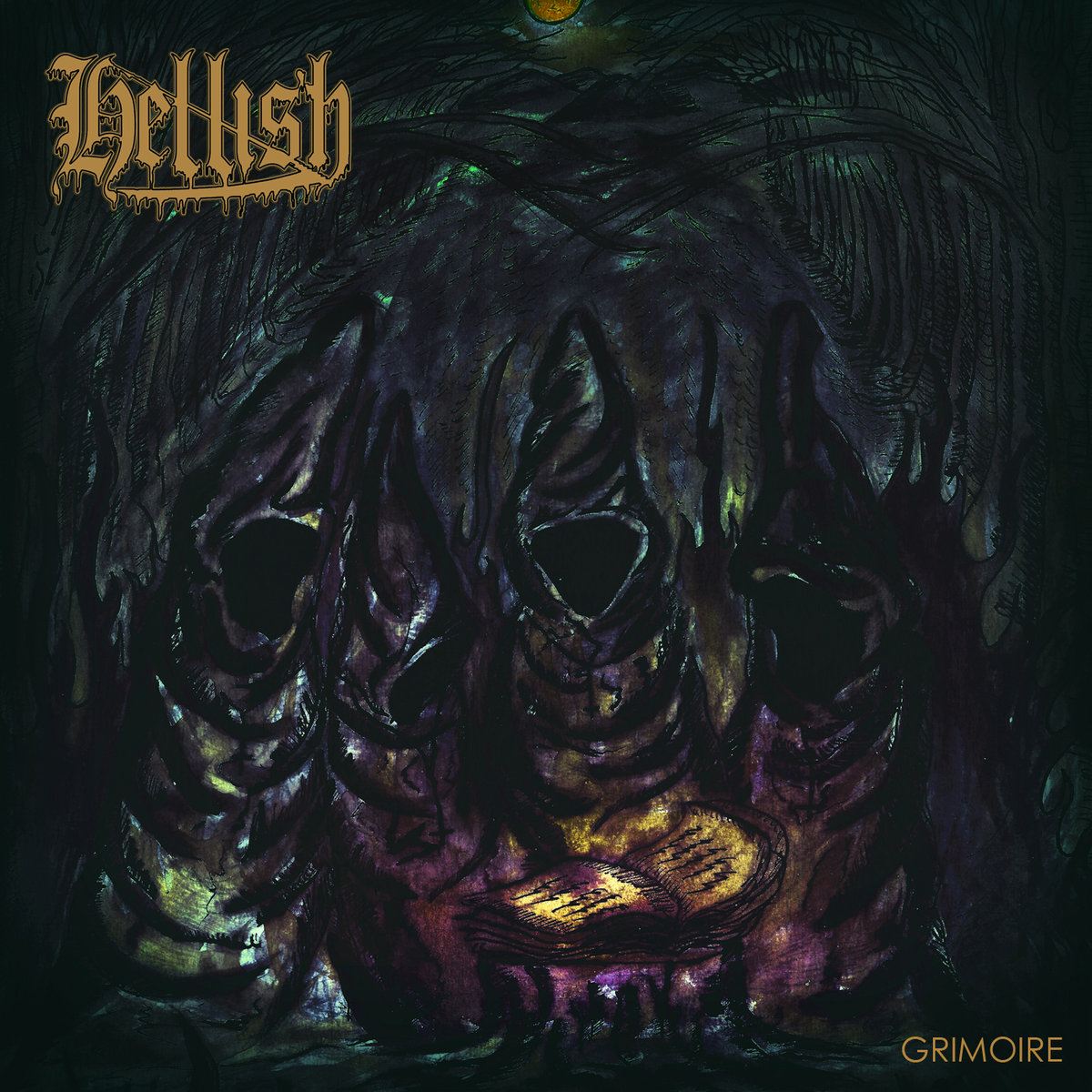 Hellish are back!after last years Theurgist’s Spell EP which left me floored and wanting more I got my wish.this is their first full length with 10 blistering tracks 3 of them were on the EP and re recorded so i was pretty psyched when i heard it came out.

Noise from the Abyss is an instrumental that opens this up and right from the start one thing that really stood out for me was the production on here is as good as it gets as everything is right on.Warlock’s Flight,is one of the new tracks on here and it has that great speed picking and has a mid pace part in here that I really enjoyed as it’s very catchy stuff with a great feeling to it.I’ll just say the three tracks Assassin Mind,Silent Night,Total Darkness that were previous released have been taken up a notch,if you heard the EP these will definitely be a treat to your ears.The Valley,I had to give this one a few spins and the guitar work on here is excellent from the rhythm to the leads it really drove this one into my head.Memories from the Past,yes you could say the title fits this one well as I got an old school vibe from it and man does this track smoke one of the best ones on here at this point.Hellish,well what could you expect from a song titled after the band, this is a glorious piece of pure evil as well as Gates of Hell which is right up there with previous and I will mention the vocals are great throughout the whole album,excellent yells and so on.Grimoire the final track is an instrumental that brought this old Metallica vibe in the beginning and then midway I got a feeling of early Tankard,it’s totally different from the rest but it is good is all I can say.

At the time of writing this, you can only get it as a digital copy on their Bandcamp page,but surely some label will release this in physical format soon,one of the top bands on the Chilean thrash scene forsure and a great debut that should please those that like their metal with balls.