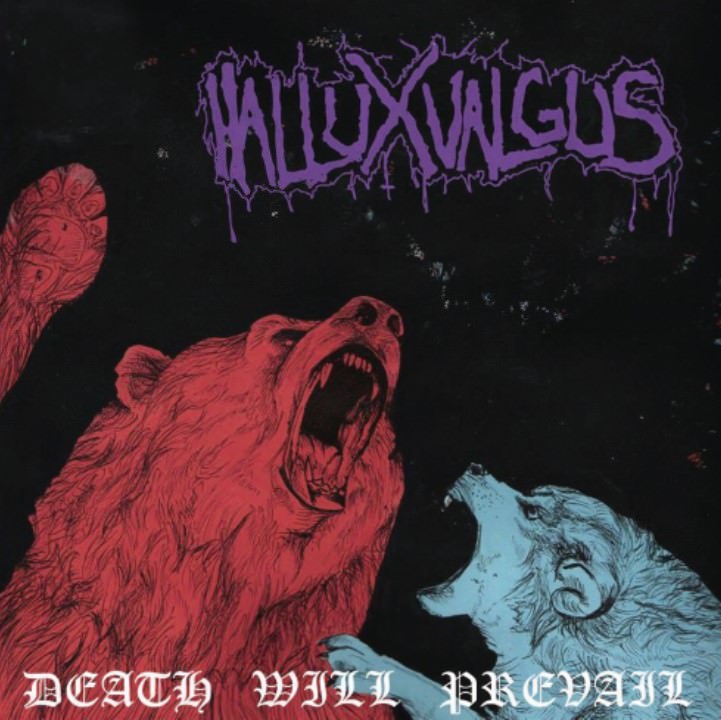 This is an EP that I been waiting to come out for sometime now as I heard a few tracks posted here and there, and the wait is finally over and it was worth it as this is some killer death metal but with traces of thrash spilled all over it. (* In time of writing this review, this hasn’t been released yet and I got a unmastered copy of the release.)

It has six tracks but actually seven as one is hidden which is pretty good for an EP these days,Twilight Of The Dead starts this out and in the beginning it sounded like an old part of Entombed but it doesn’t last long cause right after it goes into a chaotic frenzy that just crushes you as the band goes all out with this little hook in the riff that grabs you as well as the vocals which are sick old school sounding just in case you need to know.

On Graveyard Ritual we get the same smashing but with a slower part thrown in which shows a another side of the band but doesn’t last long as it just keeps battering at you like it should and seeing who the members of this band are you should know what to expect as it has members from Angelcrusher, Exanimatvm, Satanic Ripper and Infernal Slaughter which if you follow the Chilean scene know these bands mean business.

But unto Hot Puke and this is the first track I heard from the band and made me want to hear more as I heard potential and doesn’t disappoint a bit different than the previous but still rips,Under The Ritual Of Necromancy well this is the crusher for me to this point, it just has this creepy beginning that just has this build up and fuck does it as this goes off, one of those tracks that makes you want to kick somebody’s ass! a short but killer one straight to the point. Slaughter Lambs needs no intro as many have seen the promo video for it and it speaks for itself a pure classic, “Welcome to the Slaughterhouse”.

The title track Only Death Will Prevail is a short powerful one and absolutely catchy, on here the vocals sounded a bit like Autopsy but that’s it, has a ripping lead that will leave you floored an excellent closer but I didn’t forget the hidden track, I’ll just leave that one alone so you can buy it and find out yourself.

I highly recommend this slab of pure mayhem if you like it fast and mean and I figure once the word gets out this will sellout so contact the label or band.

Special thanks goes out to Ex Nihilo Music for letting me hear this before it’s released, salute! 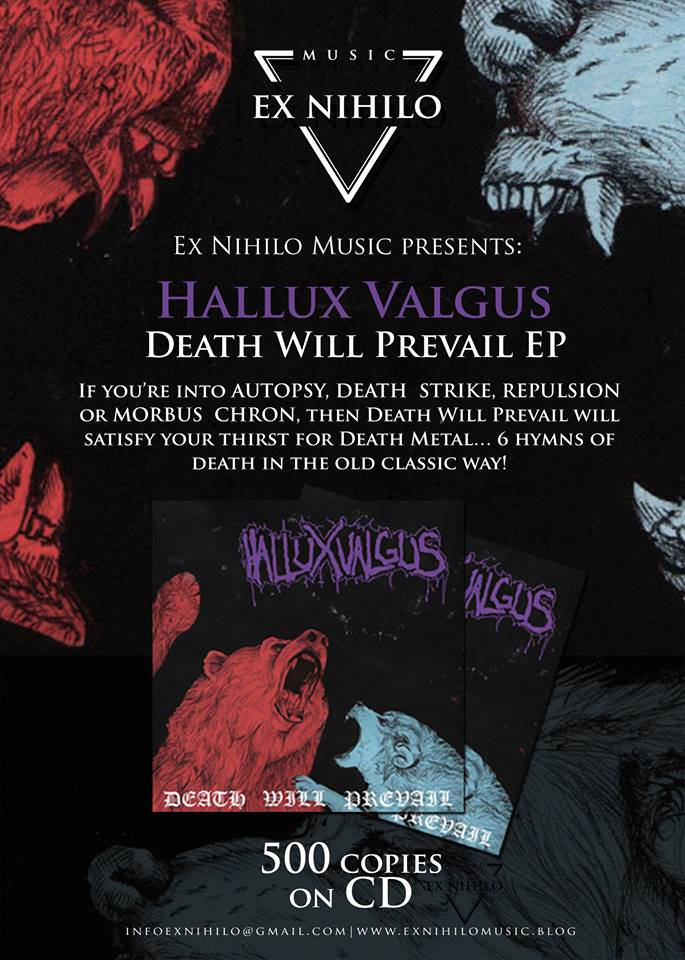