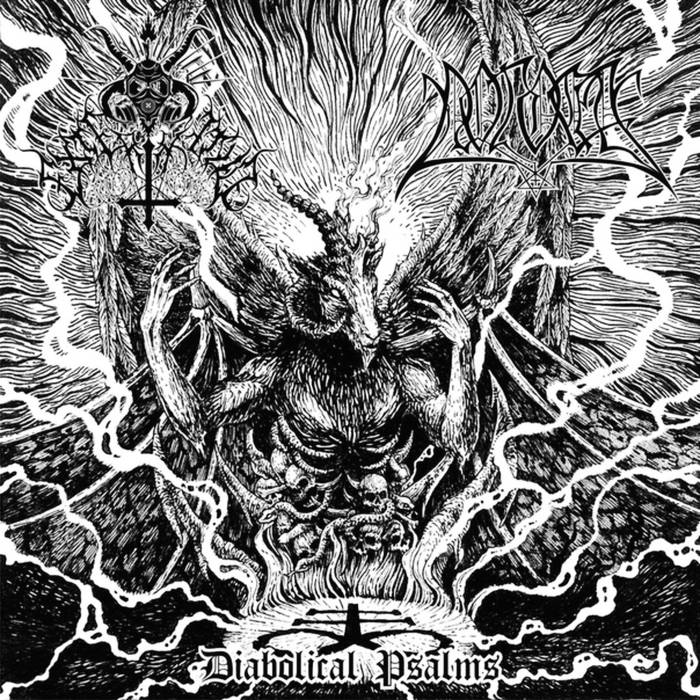 Here we have a split that came out earlier this year and i will only focus on Exterminio but will say the Russian band Погост (black metal) side is excellent to bad they split up.

Anyhow Exterminio is a three piece that plays blackened death thrash and on here there is four tracks, somewhere released before and don’t really know if these are new versions but anyhow,this band kicked my ass with the 2014 Proclamando el Exterminio EP and was looking to hear the follow up.

This starts out with a short intro before Parabellum comes raging out and if you like allout shit this is it,this is the only track that they sing in spanish on here but man for a three piece this is crushing as you can hear the drums being pounded to hell,Elitism, Intolerance, Supremacy,I think is the only track that hasn’t been on another release and it’s a good one as it’s full fury, right at you and even the switch to singing in english doesn’t affect what’s being done here and the short break at the end that leads to the pulverizing of your senses. Gloryfy Darkness, Glorify Damnation,you’re gonna love the raging chant at the start and then the song is pure chaos from all aspects as the band will eat you up on this one,a true head pounder. Imperator is as strong as the rest pure fucking heavy shit the way this type of music was meant to be played,the vocals are so aggressive that it just adds to the power even with a slight tempo change near the end this track should kick your ass.

Excellent! is all I can say about this,to bad it’s only four tracks maybe next we get a full length,if you never heard this band this is a killer sampler for a new comer.no social media for these guys sorry.