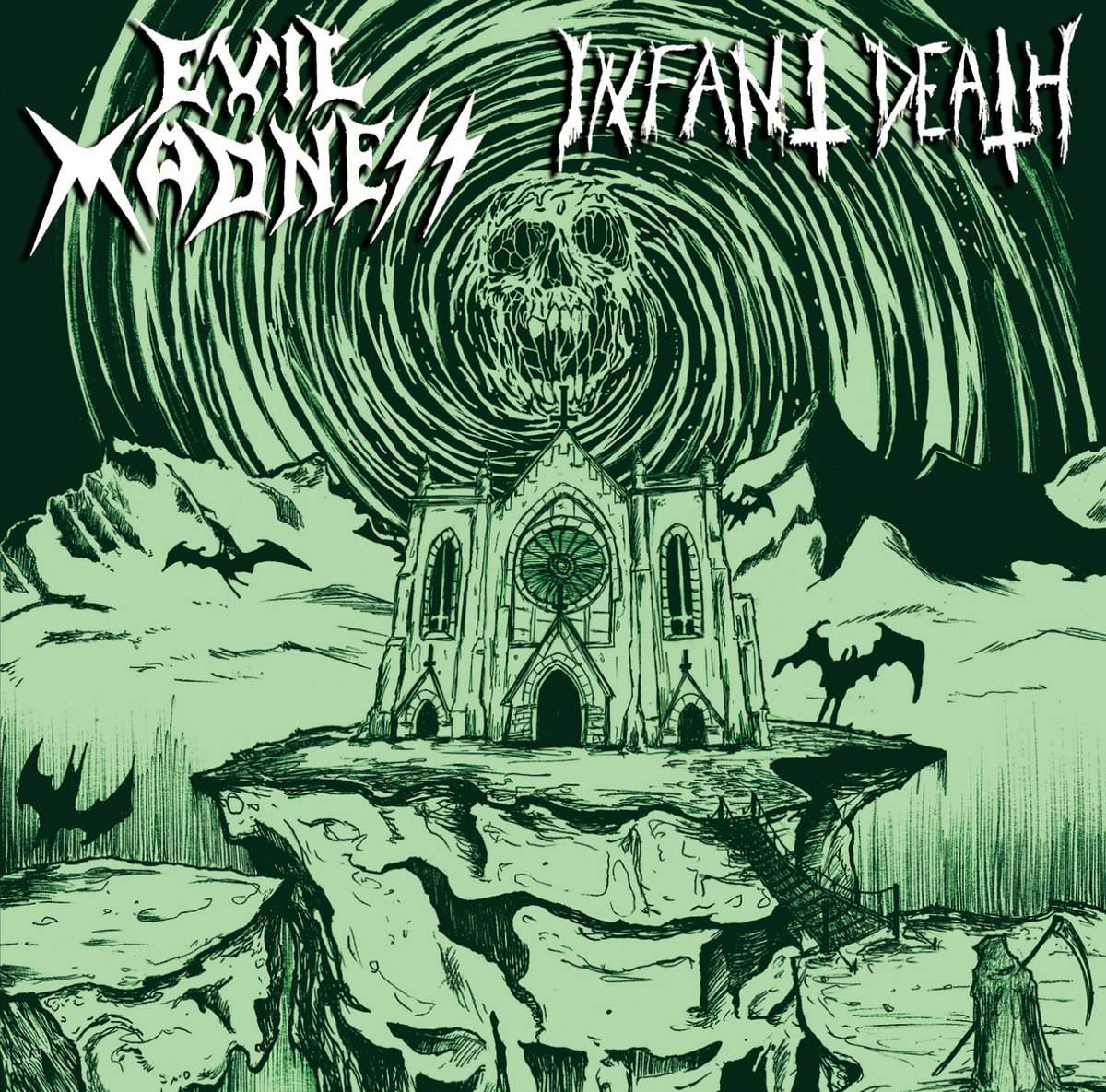 It was good to see that Evil Madness had this split come out of nowhere due to the fact that after last years Bastards Get Rotten release from what I read they were going through some personnel changes and was wondering what would be the outcome of it all.

So here we get this split with Norway’s Infant Death which I’m very familiar with and are a great black thrash band,so I knew what to expect and they deliver on here so no let down at all.but let’s get to the Evil Madness side.

They only have 4 new tracks on here,Disease Is Coming… Kill Them!,with an intro of an acoustic guitar with electric guitars in the background doing effects sounds pretty eerie then the track breaks in and all the expectation of thinking the band would change their sound went out the window as this sounds just like it did off their last release,a superb opener with plenty of that great sound this band brings to the table,Debased Mind,rips right from the start with some crazy leads and this crunchy riffing thrown in,this is some insane shit that will get your blood boiling it’s that intense as everybody in the band is going off.Convulsive Reality,like the opening riff to this one as you can tell by now what to expect as this one crushes as well,the shortest track on here but straight to the point,another winner.Speed Kills and oh man does it ever kill, this one is an all out assault to crush your ass,this is the kind of metal that I love just pure insanity that will leave you drained.

This is an excellent release the only thing I wish that is missing is the lyrics on the cd as you can understand it but it might take a few listens but both bands kill on here not a dull moment at all,if you order this from Deathrash Armageddon you can also get a patch of either band you choose. 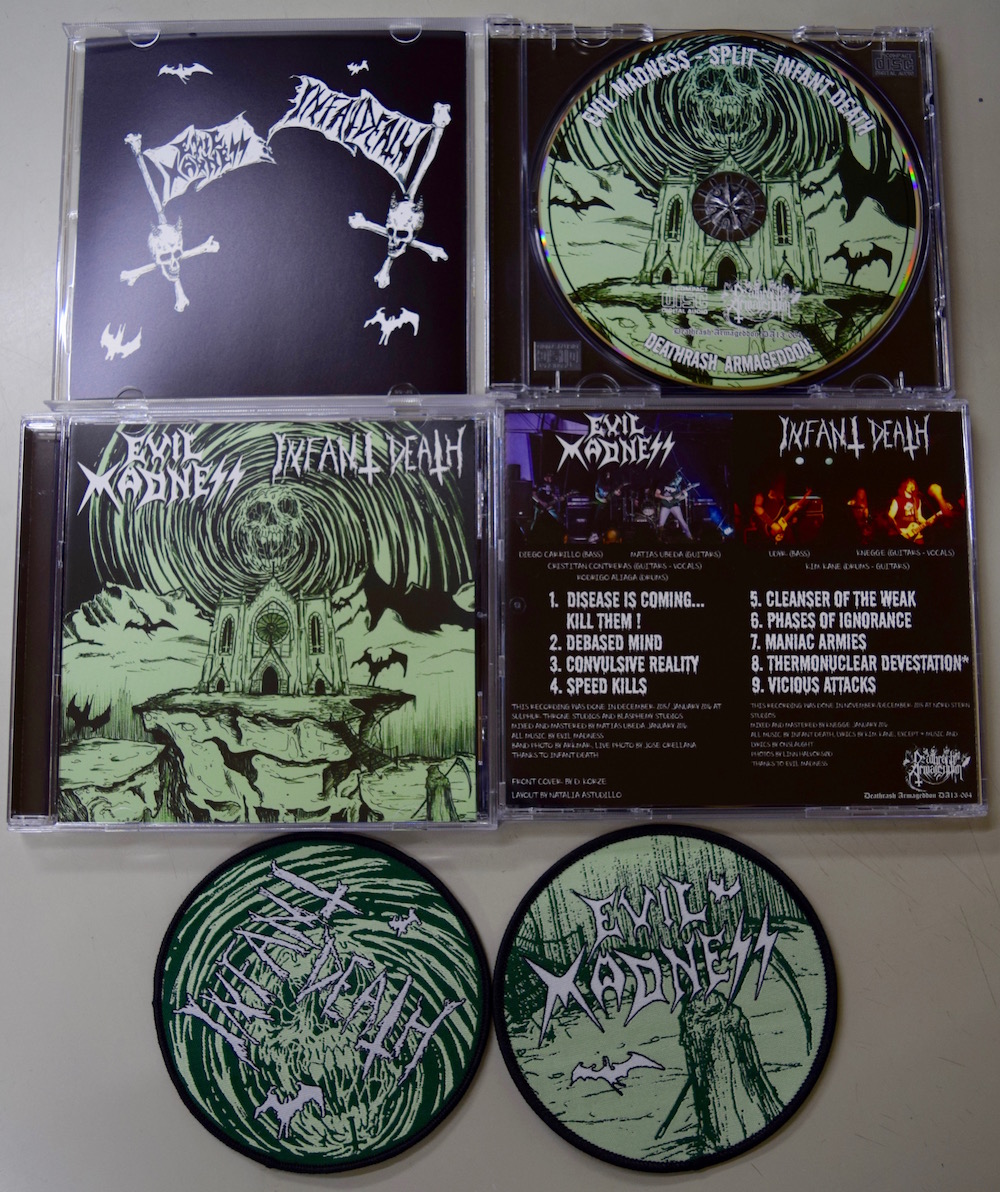