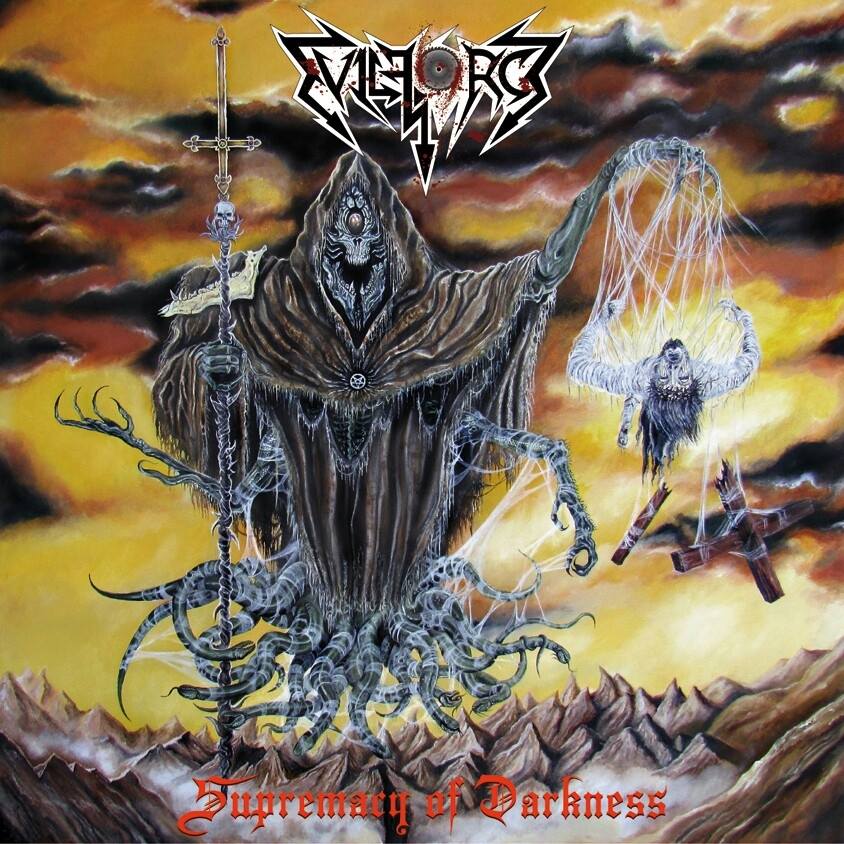 Evil Force are a black/speed metal band that I first heard on a split they did with Dementors (Evil Reincarnation) back in 2013 and it left me floored on how good this band is,the vocals of Eduardo Hormazabal are a treat,especially the screams he lays down should appeal to anybody that likes this type of metal.

This is a 7 track EP that has the tracks from the split on here as a bonus,but will just focus on the new material here.

After a small intro Obscure Possession starts this off and you hear this killer growl that bleeds in well as the band just starts ripping everything to shreds,this sets the mood on whats to come everything a speed freak adores is on here so get ready!In the Grave,is just as furious as the previous and there is some killer guitar shredding as well,but the whole band goes off throughout the whole track,Extermination of Bitches in Black,can’t beat a song about killing nuns and this one hits it on the nail,one thing I noticed on here but I can’t pin point at the moment, are that the vocals reminded me of some old school band,so that’s a plus.Divine Morbidity continues the onslaught with this catchy riffing in the start and it has a break that really put this one over the top as it took off when the lead came in,Black Soldiers of the Evil Speed,this one starts slow but don’t worry it doesn’t last long as the band gets right back into it and the chorus “Evil – Evil Speed” sure adds to the pleasure of this track,one of my favorites on here a total battle hymn.Destruction and Vengeance,a true banger against the Xtian filth in this world a middle finger right up their ass!,this is another really strong number.Rites of Desecration,more anti Xtian jams to finish this off and this track kills just to let you know a great closer.

This is one of the best releases of the year and a band that needs more exposure because they deliver the goods,A label out of Chile should pick this band up,I put all the tracks on my player for a short time so you can hear what the band has to offer.contact the band to get this or their label.