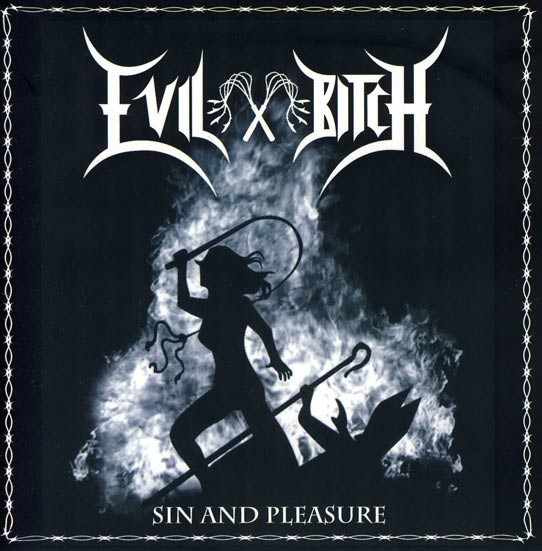 I featured this band earlier but I finally got a hold of their material,the band consist of two females Cony Bitch (Vocals, Guitars) and Leslie Witch (Bass) and a studio musician on drums,they play heavy/speed metal this is their 2014 demo that was released a year later.

It starts off with a short intro then Hellfire comes in and from the start the opening riff has this Motörhead feel to it,what really has me confused on here is the way she sings Hellfire in the chorus sounds like she’s saying Deathfire but oh well this is a good opener that gives you a hint what to expect,Bitches from Hell sounds like something that has been done before but so what, it’s really good and that’s what counts very catchy track all around great lyrics to boot.Cry of Death this one opens up with this kinda punk riff and is probably the slowest track on here but the vocals on here and the lead make it up for it not bad for what it is.Witch of Satan things pick up on here again with a bass opening line then burst into this hellish treat,I love the vocals on here that really shine on here and come across well,Sinner my favorite of all the tracks on here not that any are bad but this one just caught me from the day I first heard it on you tube,it’s a driving track that has a break in the middle but you have to love the leads through out this whole release.Broken Skull is the bonus track on this CD and it’s a live track and it’s a good one but the recording isn’t the best as you can hear people talking, but below I posted another live version that sounds like it was taken from a soundboard off a split with Inner Rotten a very good metal/punk band.

Seeing this band has been around since 2008, I hope they get some recognition because they have what it takes,they know what their doing, the musicianship is perfect,the best female band from Chile period,I hope to hear more in the near future and I would recommend this to anybody that likes speed metal because they do a the genre a great good.