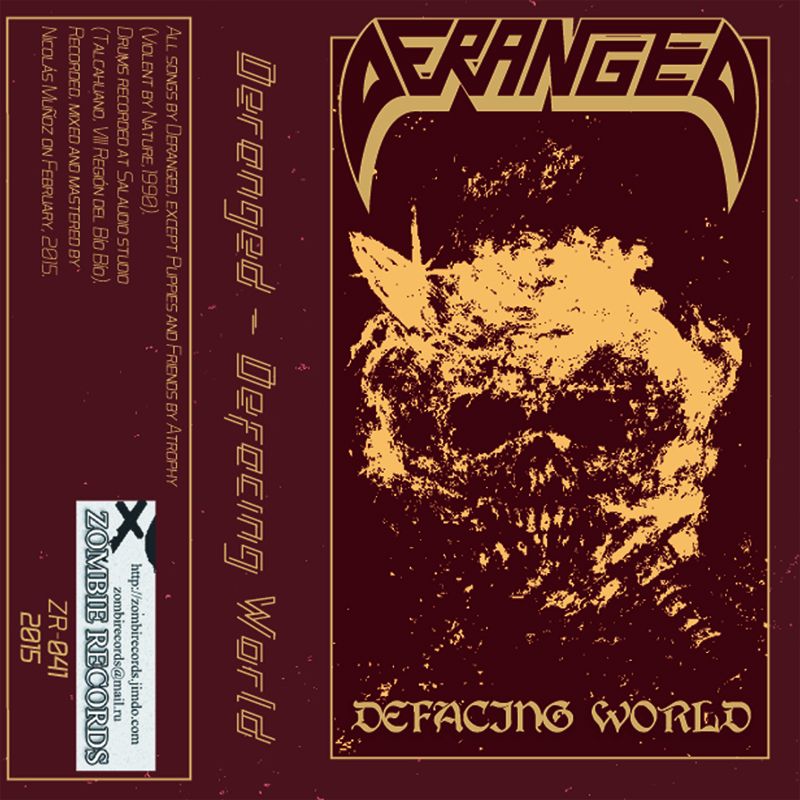 Actually released last year but I got the new remastered version of this great piece of thrash metal done by the Russian label,Deranged has only been around a few years and this is their first EP.

The first two tracks on here Dark Past and Hidden Stabs is some of the best shit I heard in years when it comes to a band bringing back that old school sound,these guys nailed it both songs are killer and just have their own feeling that just grabs you with chants as well like Necronomicon (DE) did back in the day and man the leads on here are those types that battle it out and the guitar tone on here is so raw and dirty it just blew me away.Prejudice is a short instrumental that gives you a break from the ear slaughter the first two tracks will leave you with.Destructive Judgement,gets right back to the pounding but has a break when the vocals come in that kinda slow the pace down for a second as it just keeps getting heavier till it ends another neck breaker for sure.Twist in Vice,the drums start this one out and I must say the drum sound they got on here is so fucking killer especially the cymbals sound so raw,but anyhow this is a slow down from the previous stuff but it’s still heavy as fuck as once again that lead guitar comes in to rip your ass apart as the drums are pounding as well.Enter to Reality has an opening from some movie I think but as soon as it’s over the band comes in with these great scream right out of hell as we have chants on here as well,but in the break for some reason it seems like the guitar was turned down as the drums drowned it out,of all the tracks on here this one is different in away but it still kills believe me and then we finish with Puppies and Friends (Atrophy Cover),of all the songs to cover why this one? I will be honest I was never the biggest fan of this band back in the day but I compared this version to the original and I liked this better,it’s more raw here not polished up if you know what I mean.

I was surprised on how really good this release is,it really gave me a throwback to the late eighties from the production here which some might not like but I do even Nicolás Muñoz (Guitars,Vocals) adds this old school feeling to them as of how raw they are recorded on here.

There are a lot of killer thrash bands coming out of Chile but this one really grabbed me and hope they get bigger with the sound they have,one of the best I heard this year so far.