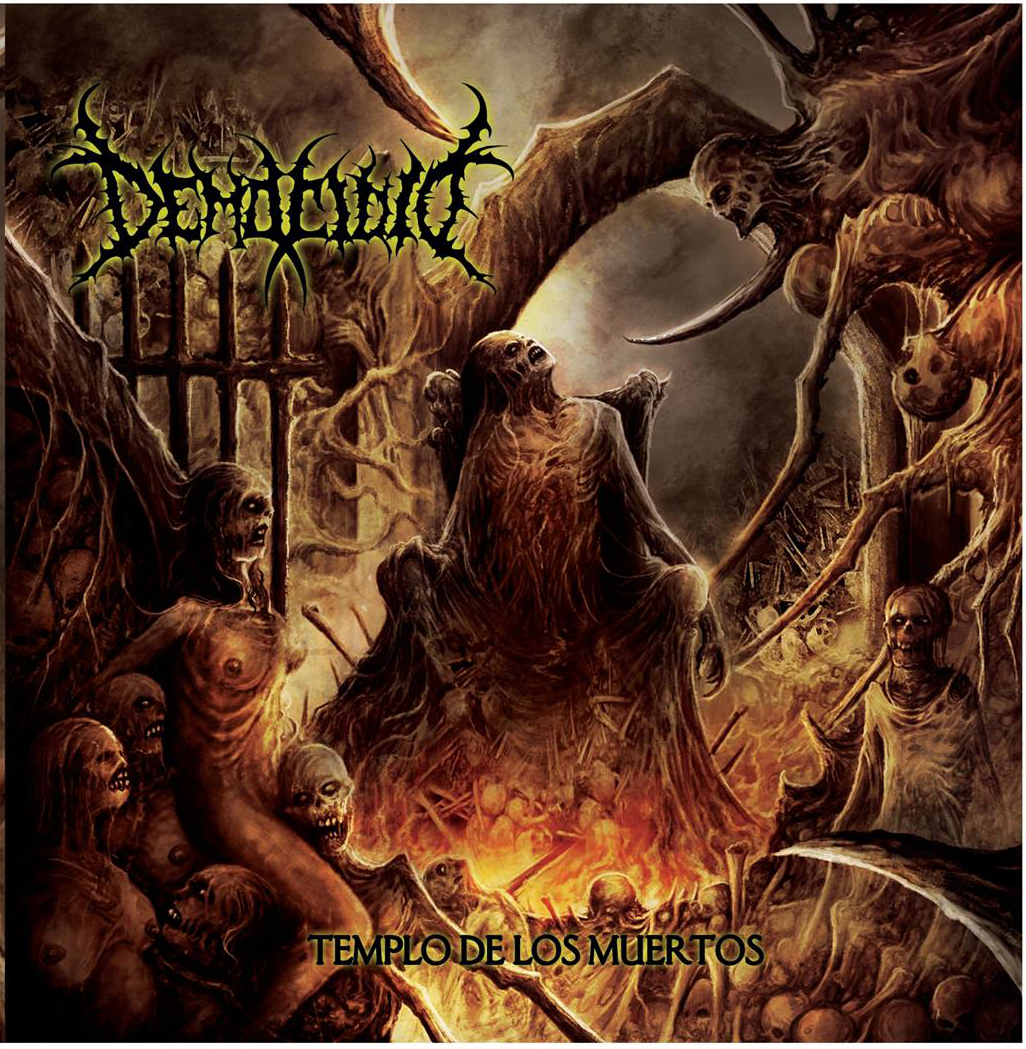 Here is a death metal band that contacted me and wanted to hear what I thought,a brief history, they been on the scene for about six years and released a demo but here is their first full length. 9 tracks plus an intro.

This starts with a nice acoustic guitar intro then comes the title track Templos de los Muertos (Temples of the Dead) and I will say these guys sing in spanish and this first number is one of those tracks that has this creepy feel to it, not an all blast out but it does come through as it gets better as it goes along but then they break it down near the end and that was kind of a let up from the rest but the vocals are what saved this one for me and a nice lead at the end as well,Democidio (Democide),ah yes here we get more into it as this track brings the band to a new level more aggressive than the previous and will please most death metal heads out there as the arrangement is perfect,Vivisección (Vivisection),another excellent track as you hear the drums blasting and a killer lead comes in that keeps the listener it as to what comes next and this has some breaks but they all fit in quite well and the lyrics as well as you can tell by the title.

Up to this point the band had a complete turnaround from the first track and all for the good as it continues on Catalepsia Infernal (Infernal Catalepsy), a bit more complex but it has a great drive to it in some parts but once again the slow parts are very powerful as they add a flavor to the whole thing,Necrofilia (Necrophilia),a sick demented number this one is one of the best as it brings so much feeling to it as the vocals come across as sick as you can get them and you can hear how tight the band is,there is even a break that the bass comes out on before a excellent lead brings this story to an end.Cristiano Desmembrado (Christian Dismembered) well with a title like this you would know what to expect,not much as an all out assault but it does deliver as the guitar work on here and it has some great pounding parts that make you feel what they feel in crushing the christian scum out there.
Torturado por Herejía (Tortured by Heresy),this has got to be the fastest track on here and it delivers the punch short and sweet and some excellent yells in here and some crunchy pounding part to add to it,Cruz Sangrienta (Bloody Cross) and Antropofagia Posguerra (Postwar Anthropophagy),the last two and each one with a different feel, the first with a more doom feeling in the beginning but then it takes us for a great ride as it has some great punch to it a very catchy number no doubt and the closer is just as good or even better as it just crushes from start to finish,pure mayhem all the way through,great way to end this.

Well this is some good shit here as it has a lot of potential and it shows in the all out recording here, as it doesn’t get much better but some sad news about the band about a week later after they sent me this they announced that the band was going through some hard times with their vocalist and economics as well and now they have no plans for the future and it’s a big blow as their vocalist was a big part of their sound and from their post it seems they are letting up and only hope that by releasing this some label will pick this gem up.they definitely have their own sound compared to other Chilean death metal bands out there so I wish them luck and some label puts this out.

Go to their Facebook page and see their videos and more info.