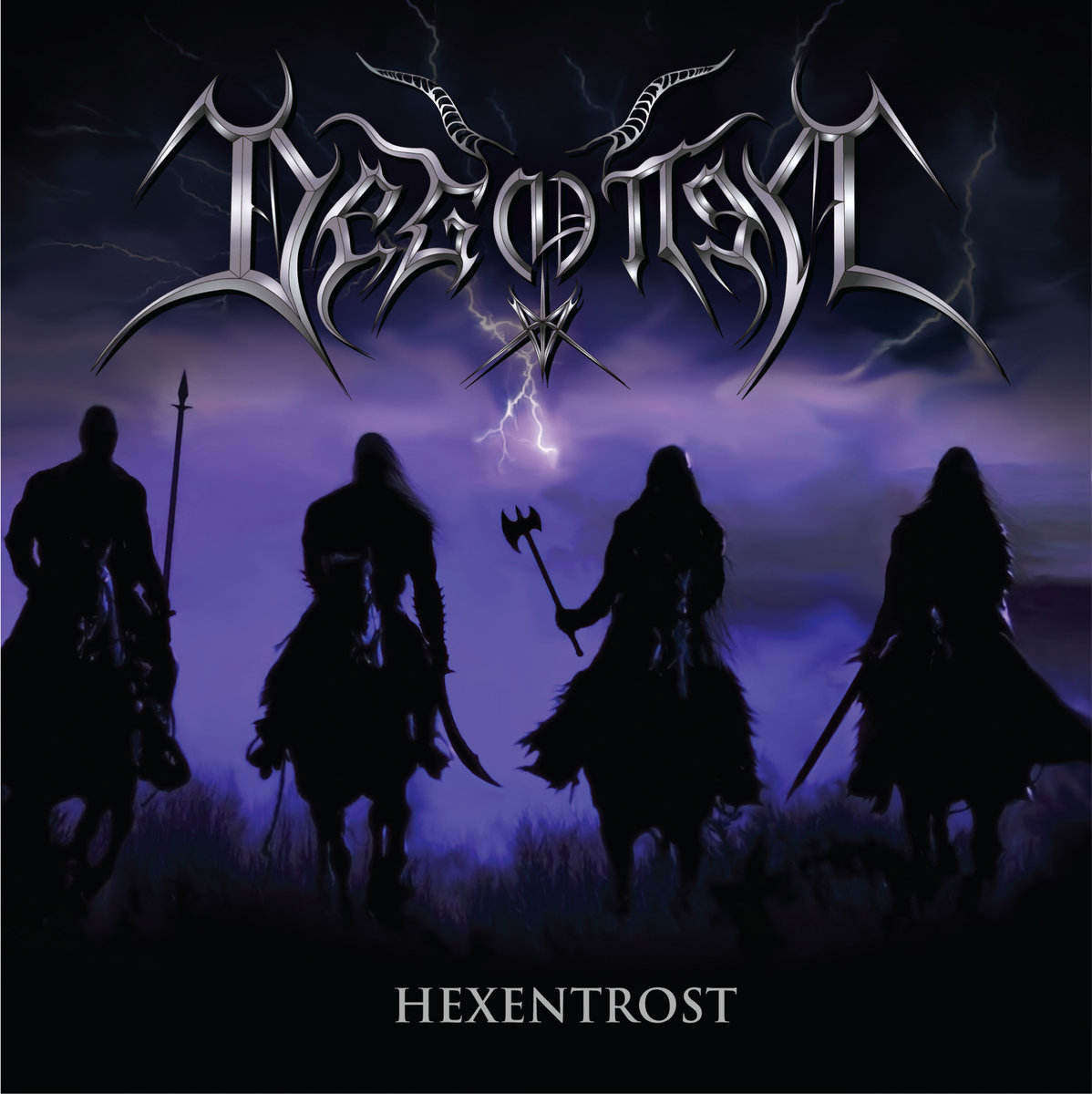 I been waiting for this release since I heard the Black Wolf Pride demo back in 2015 and those not familiar with band they play black thrash but not your typical sounding one as these guys have their own element to add to the genre.

And from the start of Raping Fire,I could hear these guys were out to kill as this an angry mean hearted track against all weak humans and the sound reminded me a bit of Destroyer 666 during the Wolf’s era,and Brvce Amok vocals stand out like always,pure hate!

Hexentrost the title track is another pure piece of blasphemic pleasure with great lyrics to add and the music is an all out assault on your mind and soul and there is a lyrical part sung in german that translates to this.

Listen carefully, because one thing is clear
From the lower heaven it comes again
Hexentrost,
From dead power and honor
Hexentrost,
At a starless night
Blood and bones in the wind
From women for the devil’s child
Hexentrost,
Cured by my fire
Hexentrost,
it’s over

Some killer stuff I must agree,Oath of War changes the pace a bit but in a more traditional tale style as you will hear as there is a break that is very slow but powerful with the message behind it that brings to light on what this track is all about.Show No Remorse gets us back to more headbanging madness as this one is dedicated to all the true heathens of metal out there with a hate filled towards all posers! a true anthem against the weak.
Black Wolf Pride,well this version compared to the one on the demo is a very different here it sounds excellent due to the production and I always can relate to this song and will always be one of my favorites because of the lyrical content a true head crusher.Skeletal War Rites,is another old number that will stir you up, some excellent things going on here as well,fast and furious and mean spirited like it should be done.Fingerbreaker is an instrumental mostly, bass that reminded me of a certain bass player from Talas in the old days so it’s a cool thing they threw in for a slight change.Frozen in Blackstorm and Skyless Reborn are also two tracks that came off their debut Finsterkult and both are brought to a new light here as well and if you never heard them you will be in for a treat as they blend in well with this whole album and the lyrics to the last one are straightforward when it comes to today’s world.

Well the wait was well worth it,this is one hell of release and very powerful in all aspects on what the band is trying to deliver here,if you’re into FTW music this is it,not for the weak,no doubt a crusher!

The band has put this whole slab up for you to hear and buy so give it a whirl you won’t be disappointed.