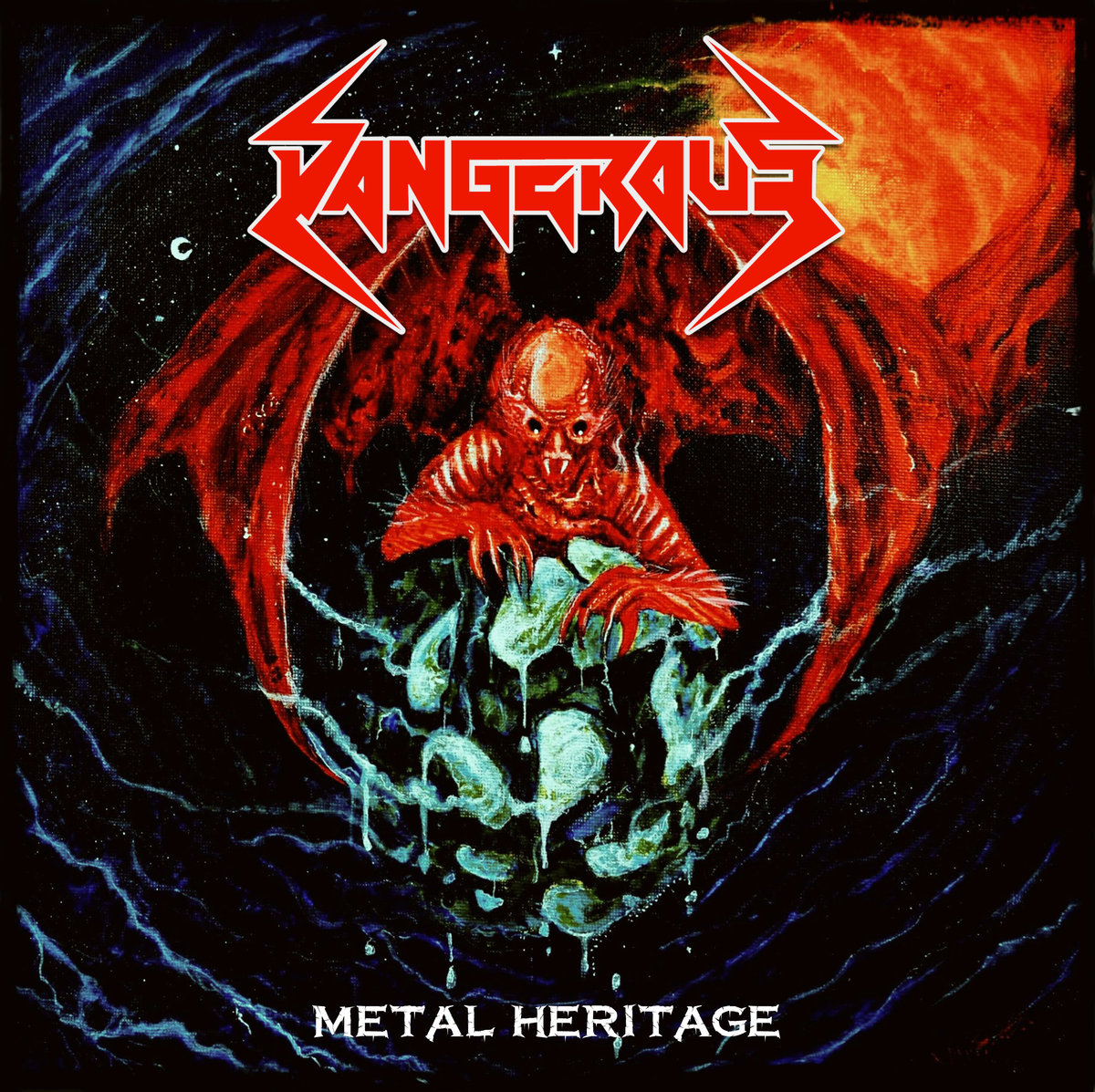 Dangerous is a solid thrash outfit that’s been around a few years now.I got my taste of that band through a Promo – Rehearsal 2014 and that left me wanting to hear more so earlier this year the band announced they were working on their debut to be released later in the year,so it finally has been unleashed to the masses.

Intro starts this off which is kind of a mellow sounding tune which brings us into the title track Metal Heritage which is the song that got me into this band and I featured in Vol.3 of my compilations but this is the new version and it still sounds good as ever so when you hear this you know what will fill your head for the next 40+ min.Victims of Hate is up next which is off that promo as well as all the other tracks on that are featured here but this release brings new life to all of them.Thrash on the Streets I love the beginning of this tune it just grabs you by the balls,really well composed,slows a bit down then burst at you again.Murderous Tradition is a new one to me and a very good one probably my fav of the new tracks on here,gotta love the dueling leads on here.Sacrifice this one is probably my least fav track as it doesn’t have that punch the previous tracks had but it got a bit better at the end but ended as fast as it came.Danger’s Return yes this song rules with all it’s breaks and one thing I haven’t mentioned is the production on here is excellent you can hear everything perfectly,gotta love the bass line in this one.Batalla Final which means Final Battle is the only song sung in the native tongue and is one of the best tracks on here pure aggression.Executioners of Mankind another kick ass song to keep you moving your ass and the message behind it as well great tune! Running Amok ends this and on a high note and this one just has this feel to it and the only thing for me that kinds disappoints was that ended to quick.

In closing I would like to thank the band for kicking my ass with this release,I won’t get into comparing them to anybody but I must say they have that Chilean thrash vibe that others have,if you take your thrash metal serious I would make sure to check this band out as they know what their doing.