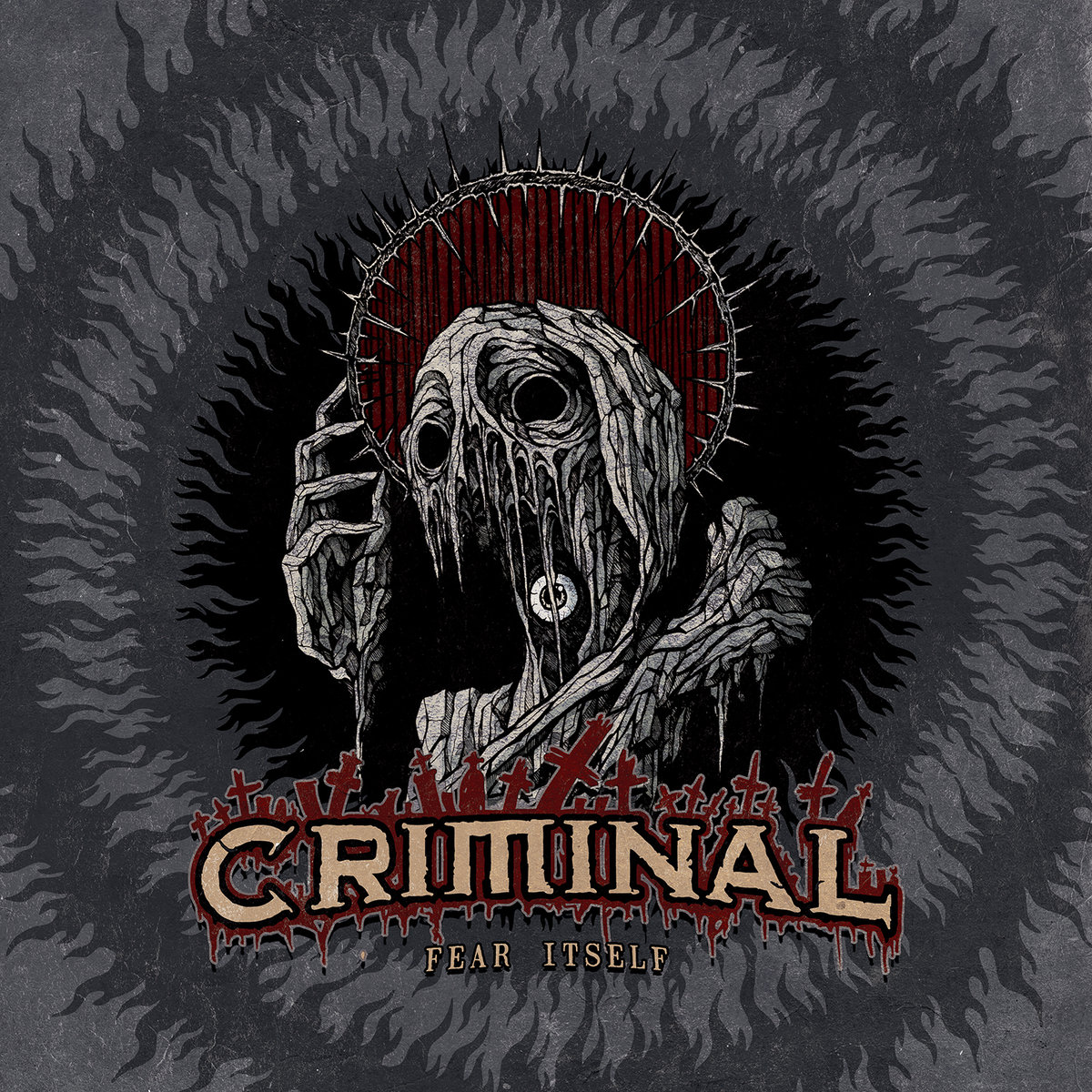 It’s been along time since I have given Criminal a listen as they kind of faded to me after the Cancer release and that was back in 2000,but up to then I had everything they released so I decided to give this new one a listen.

This starts off with a cool intro and then the first track Down Driven comes in and it took me back to their old sound that I haven’t heard in awhile and Anton Reisenegger vocals sound as good as ever,so this is a great opener that made me wonder what was next.False Flag Attack starts kind of at a slow pace but then comes in pretty strong but then the pace slows down again but it’s all good as it comes back strong with a good message behind the lyrics.Shock Doctrine is another strong number as the drums start it off before going into it’s pounding but the chorus slows it a bit before we get some intense lead going but then it has a surprise ending as it just stops out of nowhere.The Needle and Knife, this is another one that will leave the listener interested,as it has a good catchy vibe through the whole song.Scream of Consciousness, I like the opening riff on here but it kind of slows down the pace when the vocals come in and I would say it’s one of the weaker tracks on here when it comes to aggression but it has it’s moments especially near the end,but then Summoning the Apocalypse comes in and it’s one of the strongest tracks on here,this one will please anybody into the extreme side of things,this rips from start to finish.The One Who Speaks at Night,what I liked most about this one were the lyrics and there is some wicked guitar work on here as well,something you would need to hear to get what I mean,good stuff.Animals to Gods was the first track that was released to the public and it’s what led me to listening to the rest of this album and it’s good from what I heard as it has that distinctive Criminal sound.Deep in the Rot keeps the drive going especially in the vocal dept.I wouldn’t say it’s a fast paced track but it will keep you hooked on how the structure the song was built.Wasted Youth will get you as it builds up from the start as it gets heavier along the way,another strong track on here that left me floored.Carne Molida (Ground Beef) the last track and sung in spanish and a great closer as it’s a hard driver as well with a mid pace part in the middle that ends strong.

I would say that I’m glad I gave this a listen as it’s a good release Anton was right when he said this album would kick your ass and it might if you never heard of the band and even old fans like me that had written them off,the production on here is crystal clear so no problems there,some might say why I covered this on here because the band is based in Spain now well to everybody it’s still a Chilean band even if it has to Englishmen in it as well and the new guitarist Sergio Klein is from Chile as well and he does some great leads on here that fit in just right with the sound of the band.

Hopefully now that the band has resigned with Metal Blade that they get a U.S.Tour and people can see this band live.