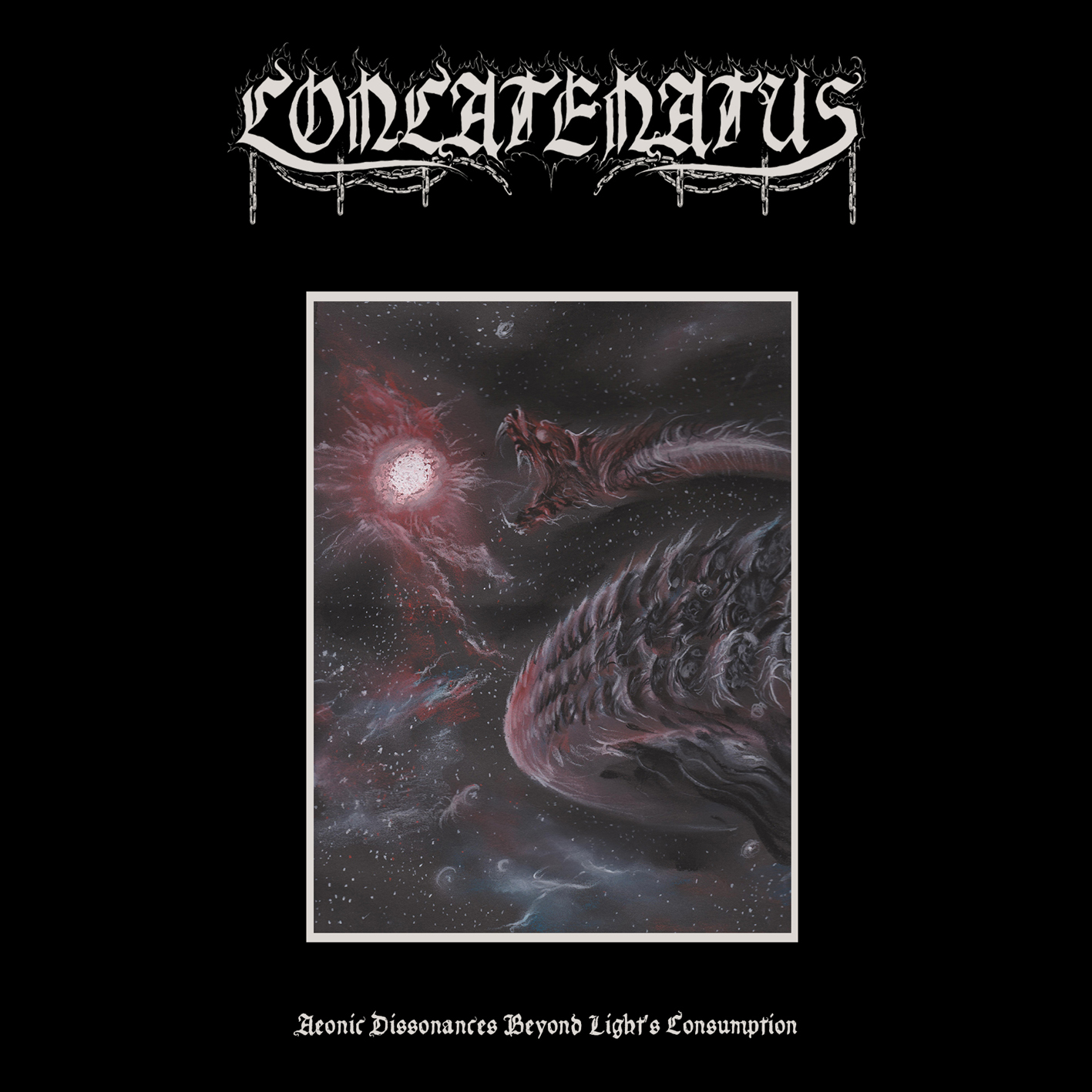 Concatenatus are a two piece band that play atmospheric black/doom metal,I recently got contacted by one of the members to checkout their latest offering,and I did some research on them and they are pretty well known over in Europe as they just came back from a tour there.

But onto this EP which has three tracks and this whole opus has so much going on,that I’ll just say it has everything you would want in this genre from black metal vocals and some blast beats along with the heavy doom as well and some anthemic vocals that are thrown in as well.this is some really dark evil music especially these screams that are on here that will make you feel like you’re in a torture chamber, Aeons,the opener just sets the mood for the rest of it but this is my favorite and a lot is going on here as this runs almost 8min.Barren Knowledge,is a whole different story as it has an acoustic guitar and the vocals are eerie as well with sound in the background that flow well as it goes into Hodie mihi, Cras Tibi which brings me back to the band’s sound as there is plenty of everything mentioned earlier,and the anthemic vocals really stand out as well as the atmospheric tone really shines on here plus the lyrics.

I will say I had to give this a few spins before I actually got the feel of what was going on,but in the end it’s good for what it is and it should please anybody into this kind of material,I have a feeling this band may break out real soon or after a full length is released,contact Totenmusik and see if they have any copies left of the cd version that has this and their first demo on one.