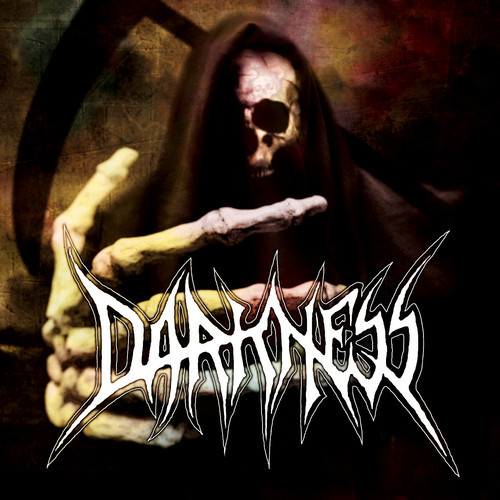 Darkness was one of the earlier Thrash bands that came out with touch of Death in the vocals and only released one demo that is on here in it’s full glory, I been searching for this for ages since the tape trading days and finally and this cd is worth picking up just for that but what I really love about this release is the 2012 EP that starts this off.
First we have a remake of Under the Grave which sounds great with that modernized sound.Libertad is basically a political song with a very good message behind it and you can tell where the bands sound is going and it’s very catchy.Desterrado del Mundo probably my favorite track on here basically because it starts out fast then goes into this kinda phase that just takes you to another zone something that needs to be heard to be appreciated, Morvis Terrum Gets us back into the heavy shit were expecting all around great track,the guitar work on this EP is must very good stuff.Tempestad the closer of the EP is an 8+ min track that starts out slow and has a very distinguished sound that keeps your mind wondering whats next, nothing really thrashy till near the end but everything in between is superb.
I won’t get into the demo because that is mandatory if your into this band, don’t really know whats up with them at the moment because nothing new has came out since this release and their last live show was in 2014 so who knows what the future holds. 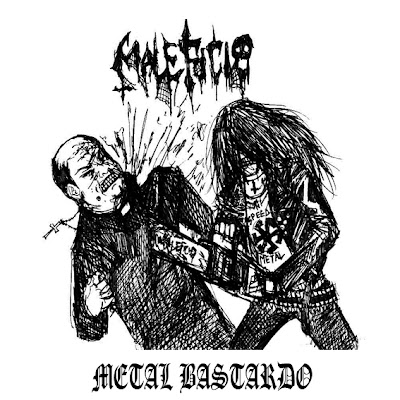 Some Black/Speed Metal not much known on what happened with this (band/project) as I got this promo from the now defunct blog
Chilean Metal back in the day and have always wondered what became of this.
Nothing new here but it got my attention with these 3 tracks, The opener Metal Bastardo sets the mood on what this is all about, some good crunchy riffing and your usual dirty vocals,up next a cover of Bulldozer’s Whisky Time which does the song justice but the closer Malleus Maleficarum is the best track on here which left me wanting for more,shows what this band had potential of,but I wish they would of added some leads to the original compositions then the songs would of been even better.
If anybody knows what happened or did this band change their name let me know,thanks.

This band started out in 2006 and I remember the day they contacted me on my YT channel and they told me to take down one of their earlier demos because they had changed their sound and it was one of the best moves they could have ever done from just being a regular retro thrash band.
So what they turned into is a fierce band that showed in their 2011 “Contra Iglesia y Estado” EP which got high approval by the underground community,I’ll be honest I’m not that big on Thrash Metal these days but this band has that Chilean Thrash sound that takes it to another level.
So onto this new album, I won’t get into every track on here but it’s a kick ass solid release,Anticristo being my favorite track on here but the whole album will please anybody that wants their ass kicked majorly from start to finish,I highly recommend this. 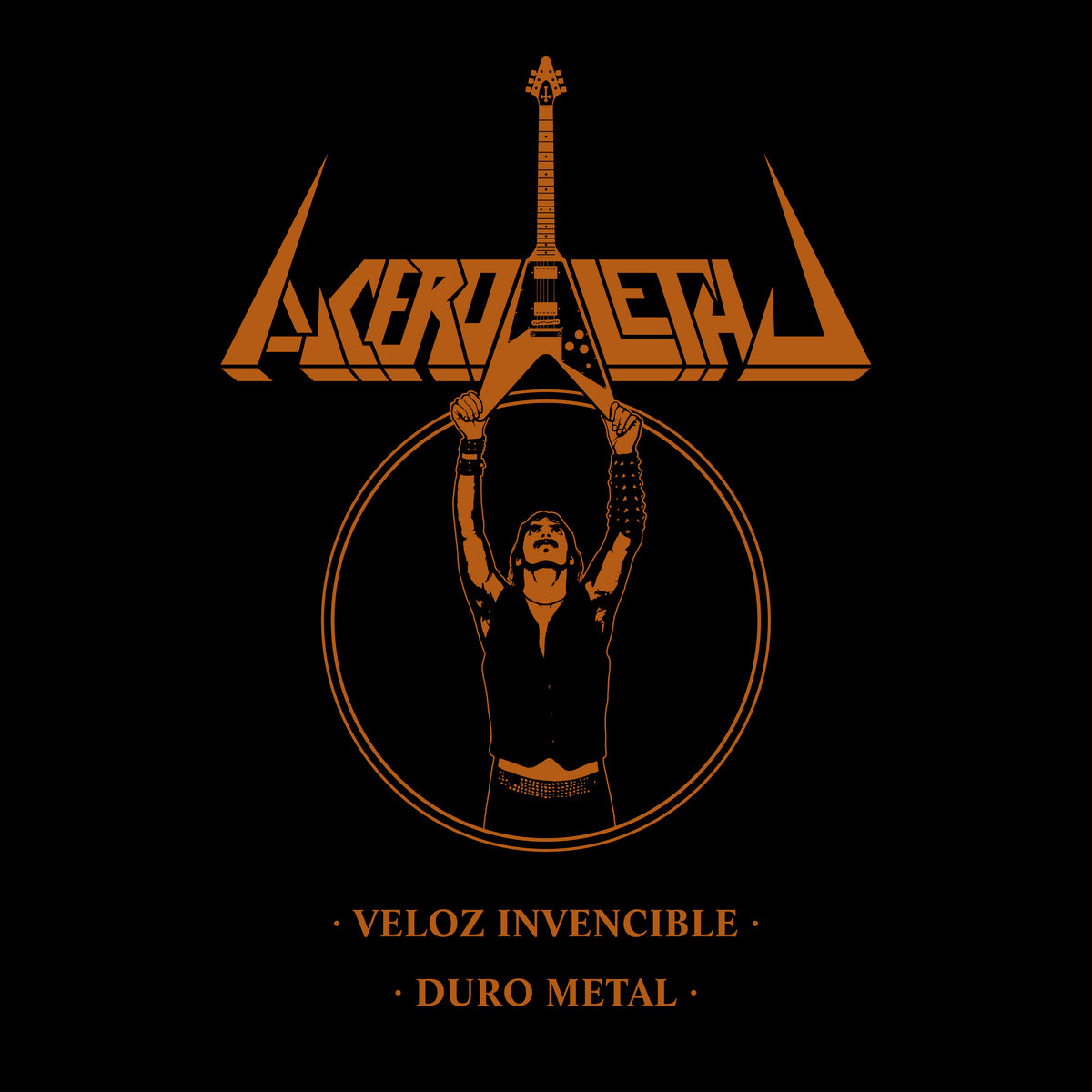 Acero Letal is a Heavy Speed Metal band that as you could say has broken through due to that their material has been reissued through three German labels (Witches Brew Recs./Destruktion Recs./Anger of Metal Recs.)
Of the two tracks on here Veloz Invencible is my favorite it has that certain punch that draws me to this band like a continuation to their first single (Por la gloria del metal), Duro Metal sounds like a traditional Metal track very well written that should satisfy anybody that likes old school Metal even some keys thrown in that fit well,a new step for the band.
I highly recommend this bands material it will leave you yearning for more and hopefully we will get a full release by the end of the year which I hear is in the works.

After following this band for a few years now,I was surprised on that they have changed their sound like their earlier material was more thrash based they have taken more black/death/thrash on this opus.

Rise the Wrath of Satan starts this off with a pure right in your face effort great opener,Scraps of the Dead another catchy song in the same vein as opener,Necromance is one of those tracks that starts right to the point then brings you back down to earth as for Summoning the Black Destruction this one takes you up and down a very well written track.Desolation stands out to the vocals being so mean and aggressive something you need to hear to understand and next comes Onwards to War my favorite track on here just a catchy riff nothing new but it gets me moving as well as Bringers of Armageddon another excellenet track with leads which is something this album is lacking unfortunately so we end with Unholy Trinity a very good closer to this debut only wish they would of put more leads in their songs and this would of been an even better release.

As you might or not know most of these musicians in Chile play for different bands and I hope the best for these two because their both top notch acts.

Here we have this two song demo from one of Chile’s older thrash bands that put out “Sunset of the End” back in 1991 and is an underground classic but to the present.Seems Cris Profaner has taken over the realm of this band now.

So we start with Virgin Sacrifice that was composed back in 1987 and you can tell just by the hearing this it takes you back to the sound of the first album, great track.Blackened by Lust is more of a recent track and more mid paced than the previous but still a very good effort.Lets hope more comes from this band in the future.

First offering from this southern band,they label themselves as Death/Thrash but as this EP goes along you hear different genres.

We start of with Screams Of Agony an instrumental that gives you an idea of whats to come music wise.
Falso Dios this is a good track that’s well written but for some reason the vocals are over powered by the drums unfortunately we have this through the whole release.Mal Ritual this starts out with a crunchy riff but then goes into it’s rage with some great lead that pulls this track through and the vocals are great on here. Gusanus just keeps up the pace a very good track but seems to end to quick leaving you wanting for more. Algo Extraño Dentro Suyo this track sounds nothing like the previous songs just the arrangement is way off but it’s worth a listen, so we end this with a bonus track Cuerpo Mutilado this one is another one that sounds off base the vocals sound like a grind band.

A new Black/Thrash band with a very impressive first demo from this trio.

So here we have 4 blistering tracks of pure black/thrash right in your face material,Ritos Satánicos the opener just grabs you from the start the vocals are nothing new but they add a twist as the guitarist and the bassist share vocals through out the demo,Arden las Iglesias probably the slowest track on here due to the breaks but still kicks ass with some great leads,Matadero this one goes back to the same vein as the opener great stuff to get your blood flowing.Ley de Muerte the closer a very catchy track with some breaks but a strong one to close this out.

I hope to hear more from this band in the future because they sound promising. 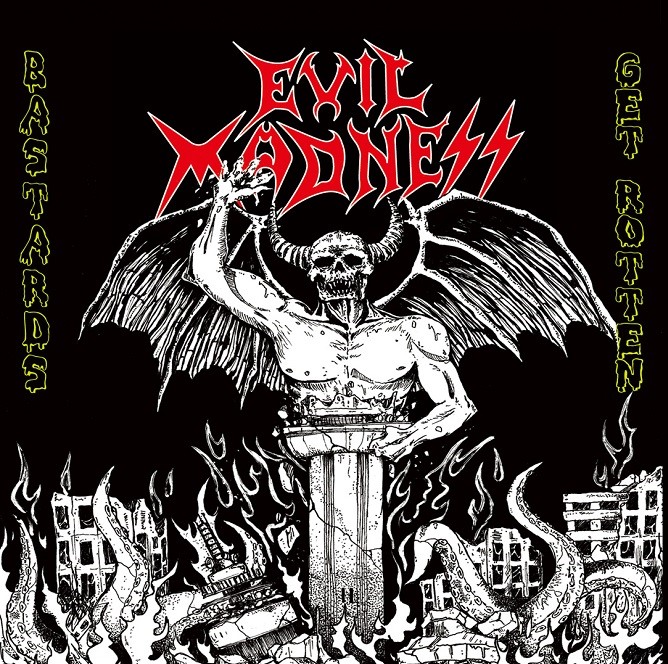 So this band took almost five years to release a follow up to their “Maze of Souls” debut and it was worth the wait,This time around the vocals are mainly done by Cristian Contreras (Guitars, Vocals) and Diego Chored Carrillo (Bass, Vocals) only does two compared to last time.

But anyways let’s get to this album, “The Gate/Nightmares” a mid paced intro that breaks into what were expecting some old school riffing and leads all over the place a sign of what would come, “Burn in Hell” is another shredder this song reminds me of old Possessed, “Servers of Satan” & “Pestilent Past” both are strong compositions that fit well, “Desecration” Is probably the weakest track it’s not bad but just hasn’t got the power the other tracks have.“Hell on Earth” & “Fueled for Hatred” Get us back on track and the final “Beyond/The Gate” an almost 10 min track that starts slow but once in they start ripping it gets insane with dueling leads that just drive you nuts! a great closer that fades as it started.

I would call this band a Death/Thrash band not just Thrash, If your into old Possessed,Sarcofago this is something I would check into. The production on this is very raw just to let you know but a very good album.