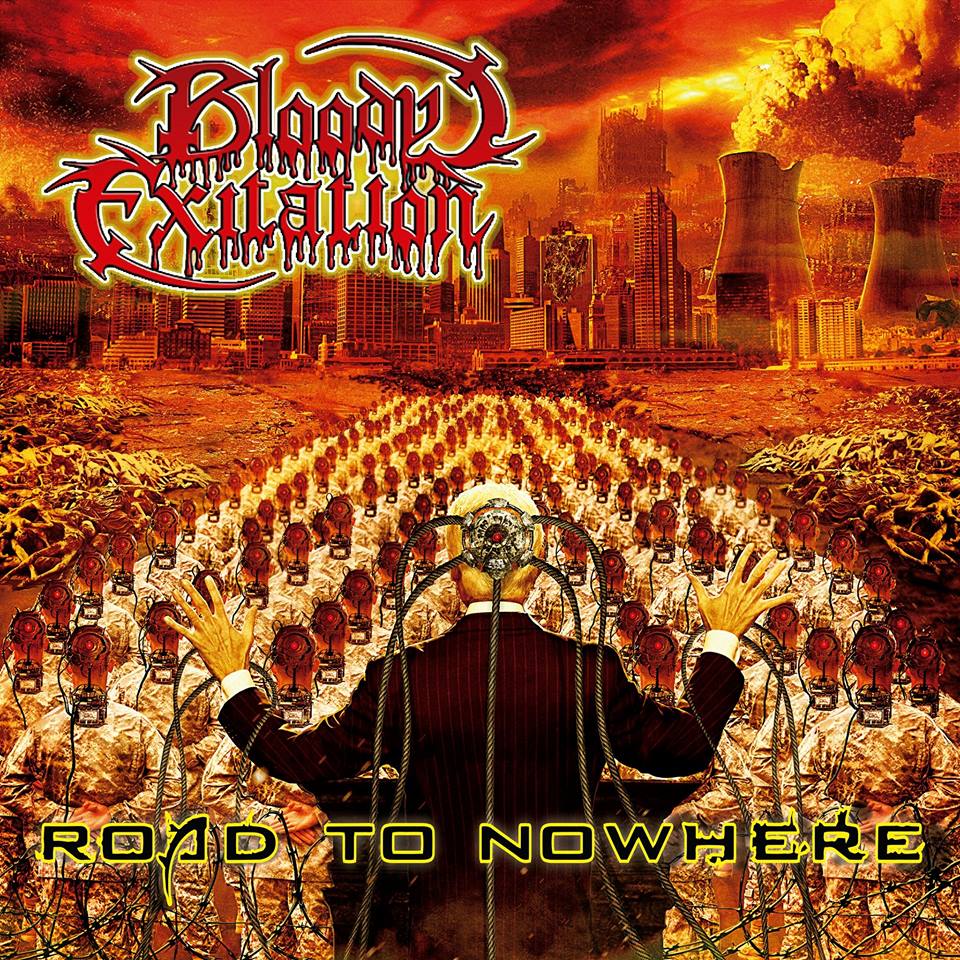 Here is a thrash band from Santiago that I been waiting to hear more from as I featured them on Vol.6 of my compilations,the band has been around a few years now with a few demos released, this now is their first full length.the band splits the language barrier on here as it’s basically half and half.9 tracks of old school driven thrash with that Chilean twist that we have all become to know by now.

With the yell bloody! on the start of Bloody Exitation,you can hear that driving thrash coming at you and some excellent leads that are heard throughout the album.As I mentioned earlier about the language on A.O.D. is in spanish and there is quite different vibe to the whole track as it isn’t as driving as the previous but it does have it’s moments and if you can understand the lyrics they really bring more life to the whole thing as well.Adrenaline Throng,starts out with a mid pace feeling before it burst out into a full assault on the ears and there is a part they use a phaser that sounds like the guitar is bouncing of the walls and then it breaks out into this excellent lead that made this one probably my favorite to this point.Neoalquimia (Neoalchemy),is more of a laid back track and I mean more just basic heavy metal,even with a midpace slow down but after that it gets thrashy near the end,a very interesting song you would have to hear.Hell In Countryside,this is the track I featured on my compilation and it speaks for itself,all out thrash!Maricón Sonriente (Smiling Faggot),haha with a title like that what could you expect and this is one of the heaviest tracks on here all the way around,another one of the highalights on here.Black Mirror is the longest track on here and it’s one that I really enjoyed because of the structure of the whole thing.it’s one of those type of songs you could listen to while on a long drive to nowhere,it’s a super catchy believe me.10 gr. on here things pickup again with some really excellent ripping and some chants as well for good measure that should please your ears.Falsa Libertad (False Freedom),with it’s political outlook I can agree with the whole thing here on whats going on and all governments are shit! the track itself bleeds the message behind it a very good closer to the whole thing.

This is something I would recommend to anybody that likes thrash and there is a lot going on throughout it,the production is excellent,you can hear that bass going off really good as well as everything else.checkout their Facebook or You Tube to hear their material and not a bad deal as you can see below.