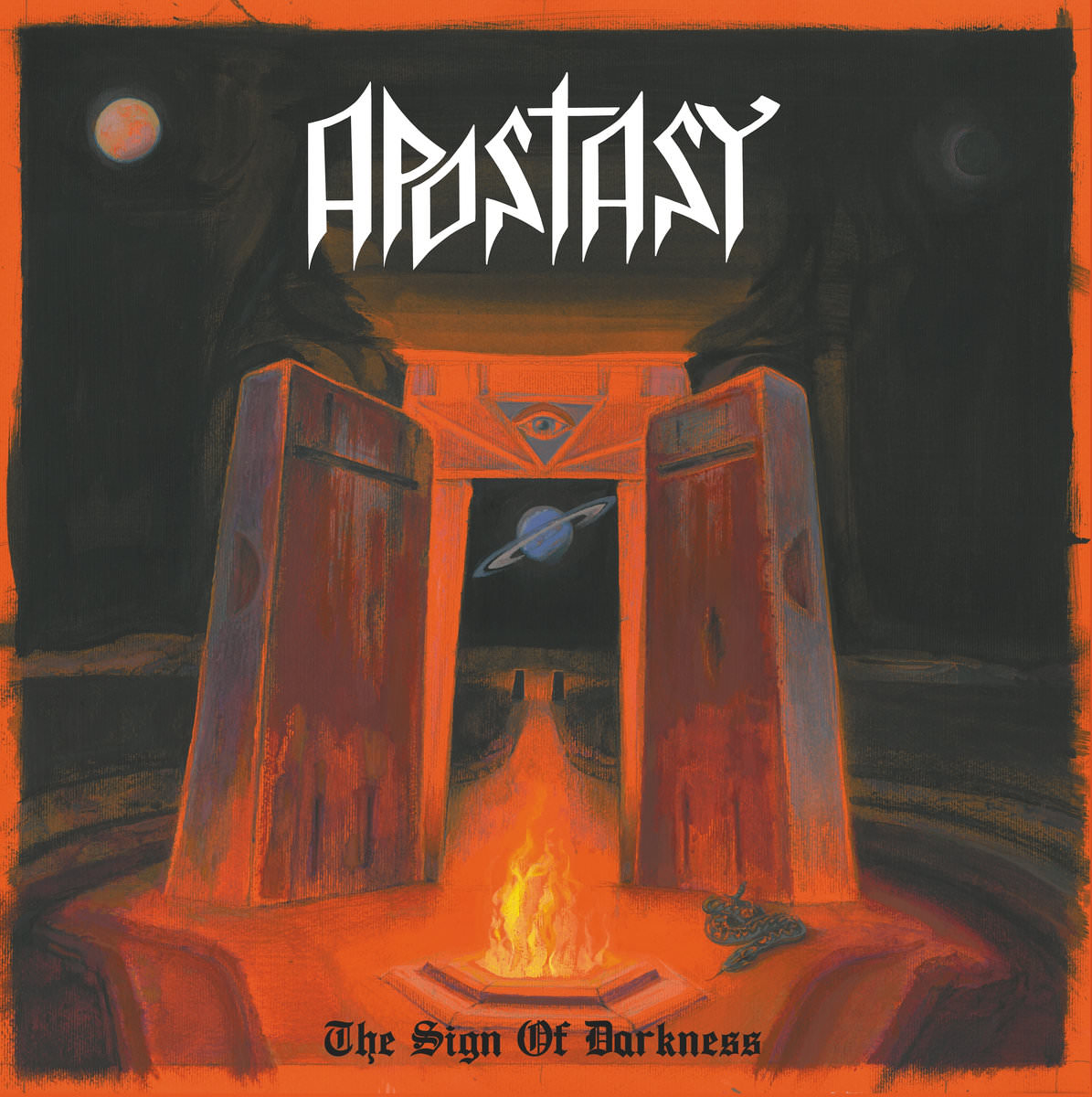 It seemed like forever for this release to come out but I guess the wait was worth it as this is a killer release after I heard it all, if you follow the band there are some tracks on here that have been released before.

As Virgin Sacrifice comes in after the spoken intro, this old track sounds better than the previous version maybe the production improves it and that’s a good thing cause I remember when Cris Profaner had posted a preview and I had to tell him if that was going to be the final production and gladly it wasn’t as here it’s perfect.

Witching Fire is a new track on here a strong one as you get everything a good thrash track has to offer some killer leads that have that patent sound the band delivers, the next track Armageddon Is Near is more on the heavy side like more pounding is what I’m getting at and is good for what it is,solid track.

After The Great Damnation which is a mystical instrumental comes Blackened By Lust which was previously released but sounds better to me here than the previous version as well, Strike of the Tormentor had been released before but I never heard the first version so I went back and listened to the one released in 2016 and this new one here is better, the acoustic part in the beginning really builds up for the explosive part of the song which gave me a chill of a feeling taken me back to the 80’s but when it goes full throttle we come back to time as this rages, one of the highlights on this release.

Serpent Spell is cool bass solo instrumental that leads into the closer Satan Ascends and is perfect as this old Slayer riff kinda sounding starts it off before the track has its own life and Cris Profaner screams “Satan Rules Supreme” really stands out a really good way to end this.

I really enjoyed this to get away from all the real extreme releases I heard this year not that this is any weaker it’s just a different pace of heaviness, and Cris Profaner did an excellent job on the mixing and production to make this a really enjoyable experience to listen too and I recommend it to anybody that likes thrash in a good way like the old days.