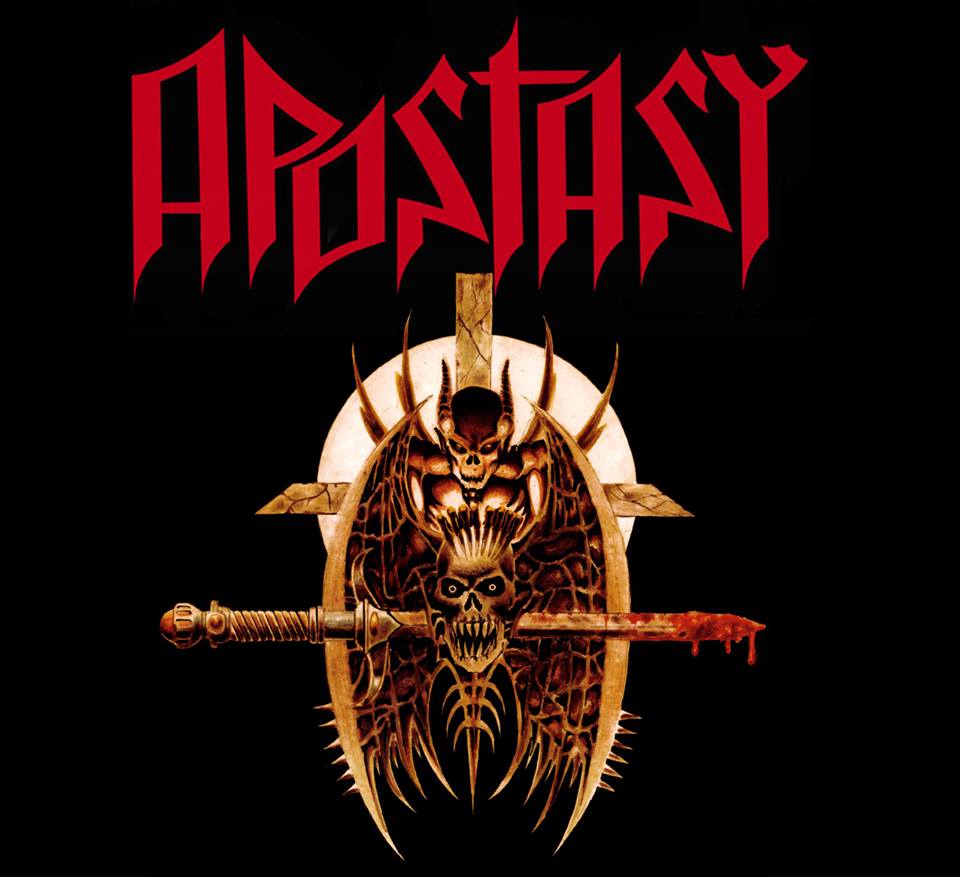 Here is a recent interview with Cris Profaner the main force behind this great Thrash band well known in the underground for the “Sunset of the End” full length and what’s on the horizon for the band.

1.ECM – Apostasy has existed for many years,for those who have never heard you describe your sound? and who are the members of the band now?

CP – APOSTASY is influenced by the classic thrash metal of the mid-eighties which is characterized by having concepts Dark, Violence and Satanism.the lp Sunset of the End Times had some Death Metal influence but the first compositions (1987) They were like the demo New Blackened by Sacrifice,I rescued riffs and ideas 1987 when I started writing songs that were influenced by Venom,Possessed,DarkAngel,Slayer,Sodom,Kreator,Destruction,Infernal Majesty,Sacrilege etc.

Cristobal Vigneaux Invincible Force joins now for recording the new LP which he’s played in recent live performances and recorded the drums for thafter recording I hope to find a suitable guitarist for the band.

2.ECM – Let’s go back to “Sunset of the End” when you recorded it how it was received? and ever expect to become an underground classic?

CP – At the time it was poorly received, they criticized the length of the songs and nobody liked the vocalist, but I felt it was the right frontman gravely sung, violent and melodic like Don Doty,Araya, nobody didn’t understand that I didn’t sing as they knew my style was darker and I kept singing, I am now convinced if I had sung at Sunset it would have had better reception, independent quality my vocals are more appropriate for the sound of a band Dark Thrash Metal.
Sweat and blood was put into that production, we worked so hard to achieve production in that time, I think the idea was to make an album for the metal scene and if it was in English we could reach the underground from all over the world, now I appreciate it more for what it is, a classic metal album more than a classic, let’s leave that for Slayer Metallica etc hehe.

3. ECM – Before you played the guitar, but now I see you’re doing bass and vocals what made you change?

CP – My original idea was Bass / Vocals to Cronos, Araya, Angel Ripper but by need and I had the instrument I played guitar, I was hoping to find someone to play guitar at that time and needed one to have an instrument, if I would of found someone I would have tried twice the time for the album .In addition there was the Concept Friendship Factor group (Band), now as the bassist and vocalist ain’t my friends anymore I tried to do something with the initial concept, Dark Thrash Metal 85/86 and singing and playing bass, Independent of the Friendship the vocalist would come to practice without knowing so it was hard on him and the bassist stayed with a 90’s style, played by half like Rasgueos recordings and had to turn it down to Newsted and Justice for all.
If I did do what I did (play and sing in my band) it would simply be stupid on my part.

4.ECM – Let’s to talk about this demo released last year, “Virgin Sacrifice” was composed in ’87? was this track left off the first album? and “Blackened by Lust” a newer composition what is the story behind this?

CP – It was written between 1987 and I wrote the song half are old riffs and I fixed it in 2013, the other has no history, It was a inspicaión the same year, I like songs Heavy Power Metal from Dark Thrash bands,I remember for example Victimized from Sacrilege(BC).

5.ECM – A few years ago an EP called “The Great Apostasy” came out, but something happened as this was deleted from your catalog, there a reason?

CP – Produced and recorded wrong with Metronome, it doesn’t have the essence of a Demo or an EP, Apostasy wants to record some old songs for an EP with me singing.

6.ECM – What happened to Cristian Gomez? he was in the band for a few years back.

CP – That guitarist that has no relevance, he never wrote or recorded anything he’s in the photo of Sunset of the End because he entered the band at that time and it was also a gesture of friendship included in the art.

7.ECM – So what you think of the Chilean scene today, you’ve been there longer than most metalheads?

I think now is incredibly good and stand out in its productions worldwide, I listen to current Chilean bands very little, I think Rust was what I heard most of the old Chilean bands, for me they are the most important and were the Best in ’87, looking back nothing was bad that was done at that time, the old is unmatched by the feeling that surrounded everything and difficult and passionate bangers ago unrepeatable what developed in those years, the quality of those groups is now making the new bands attractive today.

8.ECM – So give us a report on what is happening with the band, any new material in the works for the near future?

We are recording the new album with Sebastian Palominos who has played guitar on our last shows and produced the demo BBS and Cristobal on drums. there are 8 songs in the same style of Demo 2014

9.ECM – In closing have any last words for the rest of the world?

CP – APOSTASY from Chile is the first Apostasy in the world, Death to the Imposters !! Since 1987..This is the Great Apostasy!! HAIL SATAN!!

I wanna thank Cris for his time and hope all the best for him and the band in the near future and await the new album and a split with Cancerbero is set to come out soon. 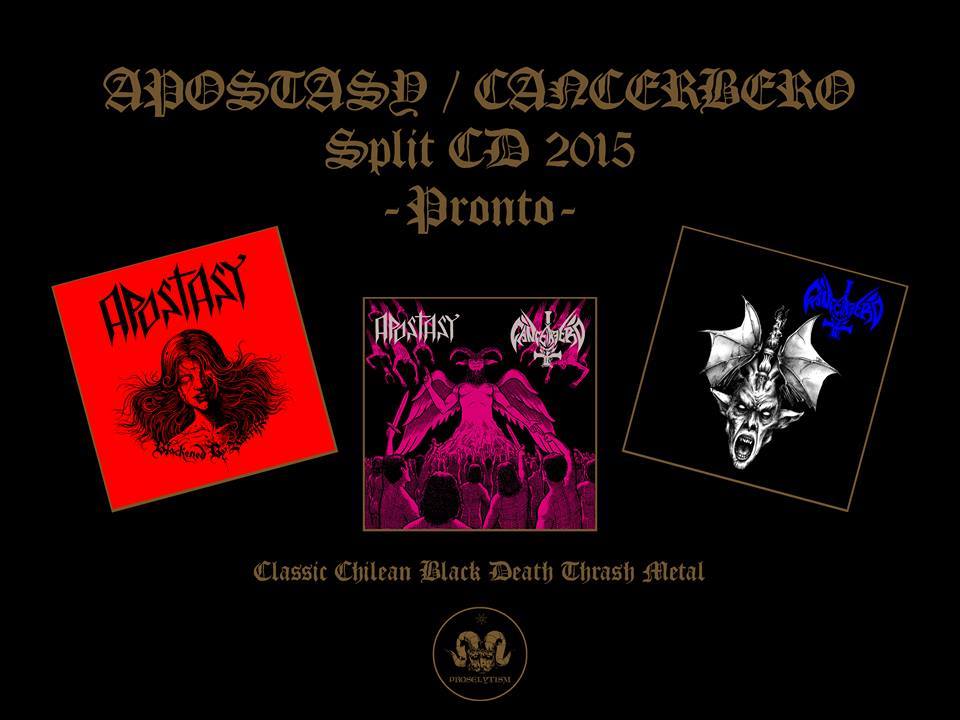