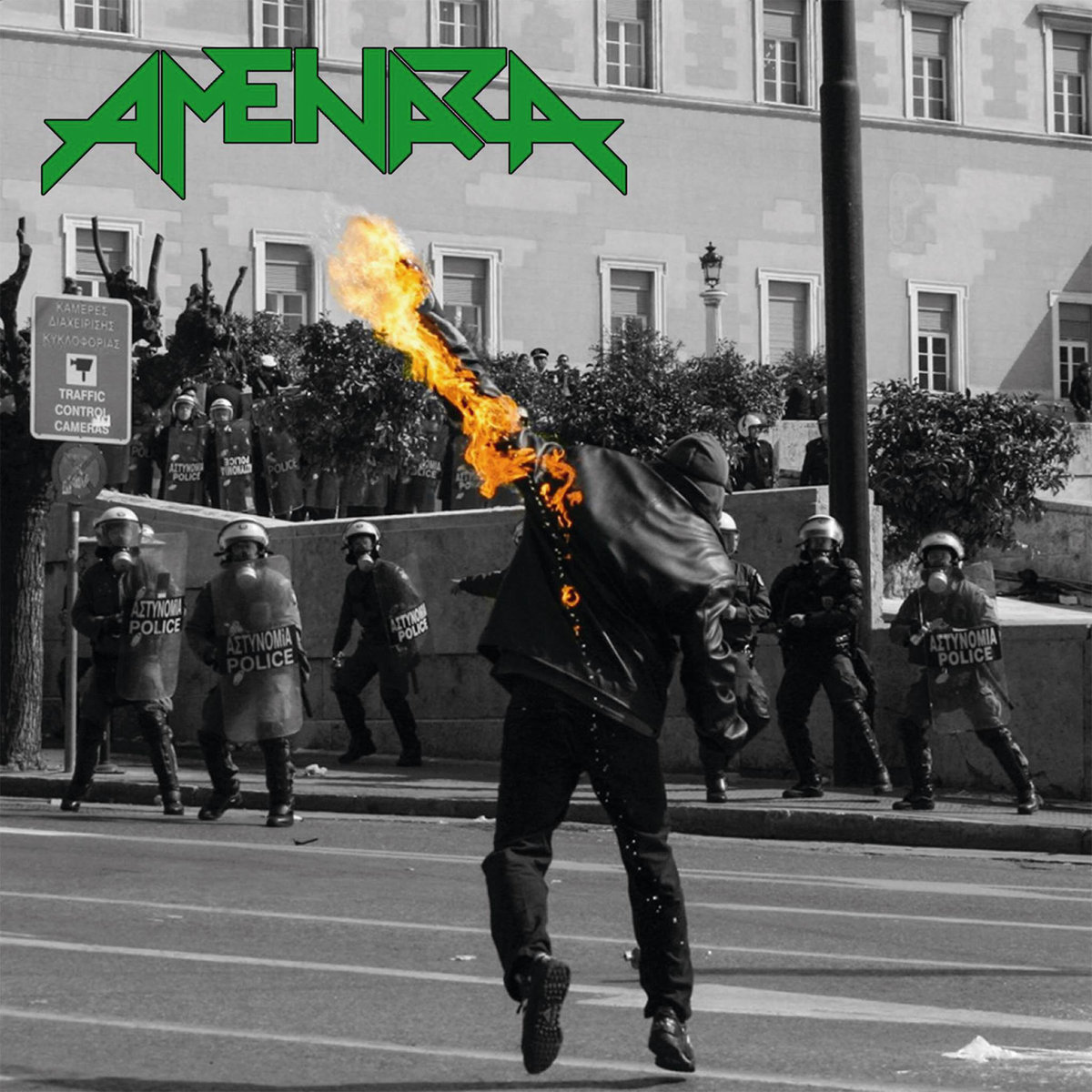 Amenaza which means threat in english are another new thrash band out of Santiago,and this is their first five track EP release,they sing in spanish but don’t let that get in the way of giving them a listen.

En Pie de Guerra (Up in Arms),gets the ball rolling and right from the start you can hear this an all out thrash attack! and the subject matter on this track is pretty good that it’s against the cops,but back to the music the vocals are nothing new on here they sound like some other bands playing thrash these days with the chorus chants to boot and if you like leads they are all here, good opener.Al Margen de la Sociedad (Beyond the Pale),another very catchy track from the start with crunchy riffs and you can hear the bass as well the production on here is excellent!and again great lyrics about not falling for the lies of government and all that other shit.Testigos de la Aniquilación (Witnesses Annihilation),so far this could be the slowest track but by no means is it a snoozer,the lyrics are what made this interesting to me,it’s about how humanity thinks it’s superior over the animal kingdom and doesn’t give a shit about it,yes this is a thrasher no doubt as it got heavier in the break when the leads started going off and all the way to the end.Violenciadicto (Violence Addict),with title like this you would think it would shred but instead this track kind of bombed for me to much a groove feeling to it but in the end it got thrashy. Al Paredón (To the Firing Wall),the closer,it’s a bit different than the earlier tracks just because there is so much going on from the rhythm section and then they throw in that dreaded groove sound that really kind of killed this for me,unfortunately.

This band has it’s good and it’s bad,it’s all a matter of taste,they might please a lot of people into old school,the band can play as it shows on the first three tracks but that groove sound they throw in on the last two tracks just didn’t click for me.On a high note,I really like the lyrical content the band sings about like on the last track about putting all these high authority fucks to the wall and killing them.I’ll leave it up to you because this died for me after the third track.