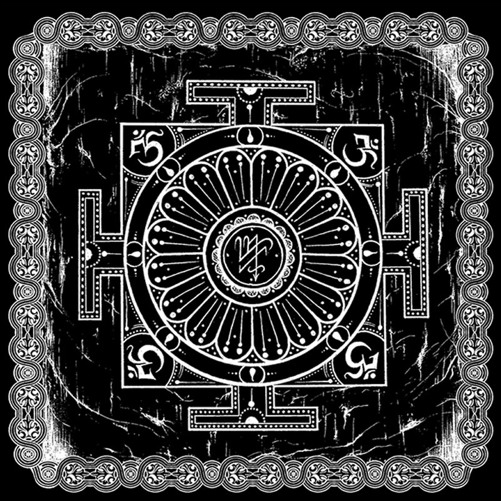 A Black/Death Metal attack from these two, Abhorior being the newer of the two starts off this ritual and the opening track The Antinomian in the Circle of Earthly Misery proves it as the opener,a evil sounding intro that sounds like Satan himself is coming to this ritual. Pestilence Rvins so we finally get to hear the band on this one after another intro but it’s worth it as it starts kinda slow then we get into this really cool riff then the blasphemy really turns on with some sick vocals that sound like hell has arrived,good shit! Necrorevelation ov Impurity Rites to end this part of the ritual,this track is my favorite,comes straight out after a short intro and with it’s various up’s and down’s you get this feeling your right there in all this chaos and ends with this great outro that really got to me.

So the Sadistik Goathammer part starts out as well with another short intro The Antinomian in the Circle of Earthly Misery then after comes Sacred Brew of Perdition this is a killer track to start this out,with a really crushing riff that keeps you interested in whats to come and then some lead to blend in to take it to another level. Phalocentric Goatidolatry starts out with these pounding drums that set the tone for the rest of the song,very brutal should please anybody into this genre a very solid track to end this.

Only thing about this is sometimes the vocals sound drowned out in the mix especially during the Sadistik Goathammer tracks but not that big of a deal, oh yes this could of been longer,I hope next time we hear from these bands they have more material to share with us as this left me wanting to hear more.